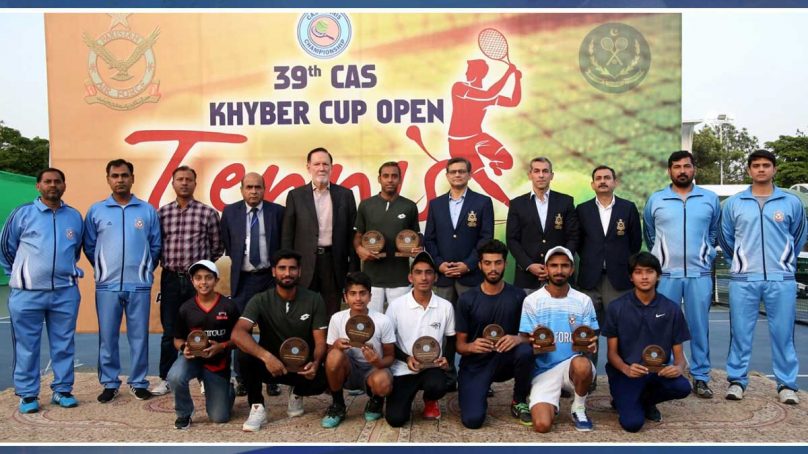 26 May, 2022:   Pakistan No.1 Aqeel Khan lifted the trophy of the 39th Chief of the Air Staff Khyber Cup Open Tennis Championship-2022 after defeating Muhammad Shoaib by 7-5 and 6-2 in the final played at PAF Officers’ Mess Islamabad. Air Marshal Hamid Rashid Randhawa, Deputy Chief of the Air Staff (Administration), Pakistan Air Force was the chief guest at the occasion.

In the Boys Under-18, qualifier Mahatir Muhammad upset top seed Sami Zeb in a thrilling final by 6-2 and 6-2 and won the championship. In the Under-12, Hamza Ali Rizwan defeated Zohaib Afzal Malik by 4-2 and 4-1 in the final match. In the Men’s doubles final, Aqeel Khan and Muhammad Abid defeated Muhammad Shoaib and Barkat Ullah by 6-3 and 7-6.

In the end, the Chief Guest gave away trophies and cash prizes to the winners and runners-up. The Championship started on 20th May 2022 and concluded today. All Top ranking national players participated in the tournament.