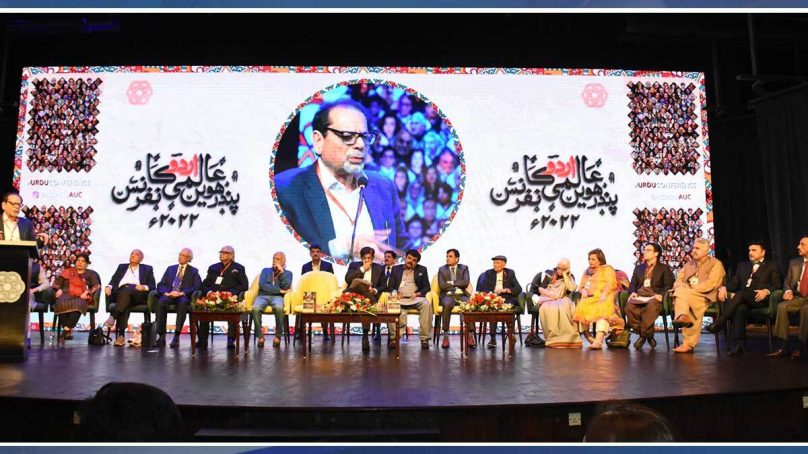 KARACHI (     ) Sindh Chief Minister Syed Murad Ali Shah has said that the Arts Council of Karachi has become the biggest center of culture in Pakistan at this time. Patronage is included. As many cultural programs and works are held in Sindh as in no other province. he further said. At the Aalmi Urdu Conference, scholars of the Urdu language come from all over the world, this also increases the cultural activities. For the better use of Faizi Rahmeen, there is no other organization better than the Arts Council, which can use it for its original purpose. They will decide after fulfilling the legal requirements. Addressing the conference as the chief guest, he said that the president and officials of the Arts Council deserve congratulations for organizing this world’s biggest international Urdu conference in Sindh. 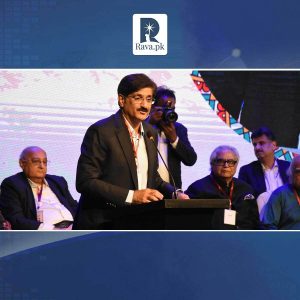 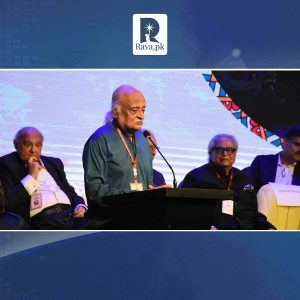 He said that the message of love and peace always goes from our province. The assembly of this province had passed the resolution of Pakistan and the message of love is spread throughout Pakistan from here. Syed Murad Ali Shah said that in 15 years, some things were done for the development of the province which was not done in other provinces. The People’s Party is also patronizing the Arts Council making it the cultural center of Pakistan. He said that the people of this province are very loving and the message of love has always gone from here to the whole country. When the environment is insolent, we are never rude even in such an environment. Minister of Culture and Education Sindh. Syed Sardar Shah said that Ahmed Shah has made the Arts Council a true cultural center of Pakistan where the art and culture of Pakistan have been revived. Where Sindh has not left the finger of Shah Latif and Sachal Sarmast, Anwar Maqsood and Anwar Shaoor have also held their foot. . We need people’s support. He further said that for the first time in Sindh, teachers are being appointed for the promotion of music and art for government schools, we need your support so that we can create an enlightened society. Zahra Naigh said that it is a pleasure to see all of you and sometimes I wonder if this city can show us such a beautiful scene. Pakistan is suffering from various problems these days, but the common man cannot understand these problems. Holding the Urdu conference in the midst of rising inflation is a brave act. He further said that rising inflation and declining reputation have not only broken the back but also broken the pride of man. In such circumstances, organizing the Aalmi Urdu Conference is a great achievement for Ahmed Shah. He said that the behavior of our previous governments has not been fair to our regional languages, there are many gems hidden in these regional languages, and all these regional languages ​​are rich in literature and culture. she said that language is a pillar in the development of nations, freedom of opinion is of great importance, but at this time it is a very difficult time for freedom of opinion. she said that there are many questions but the answer is not available. President of the Arts Council of Pakistan Ahmed Shah said that people from all over the subcontinent came and settled in this city, Pakistan had the goal of peace and tranquility in an enlightened society. He said that neither the atomic bomb nor any weapon is greater than culture. The upcoming Pakistan Literature Festival will be held in Gwadar, Lahore, Islamabad, Muzaffarabad, Peshawar, Gilgit-Baltistan, USA, Canada, and other countries as well. He said that this province leads the country in terms of culture. The Art Council of Pakistan Karachi has built a cultural center in District Central with the support of the Sindh government. Famous humorist Anwar Maqsood said that Ahmad Shah has been in this building for a long time. When I gave it, he said that you nominate someone, I will hand it over to him, but I could not nominate anyone. The writer is aware of the power of his words, the writer wants to be told and written fearlessly in front of the cruel world. Dr. Alex Blaine, who came from Great Britain, said that I am proud to participate in the World Urdu Conference. Different languages ​​are spoken all over the world and language is the best medium of communication.