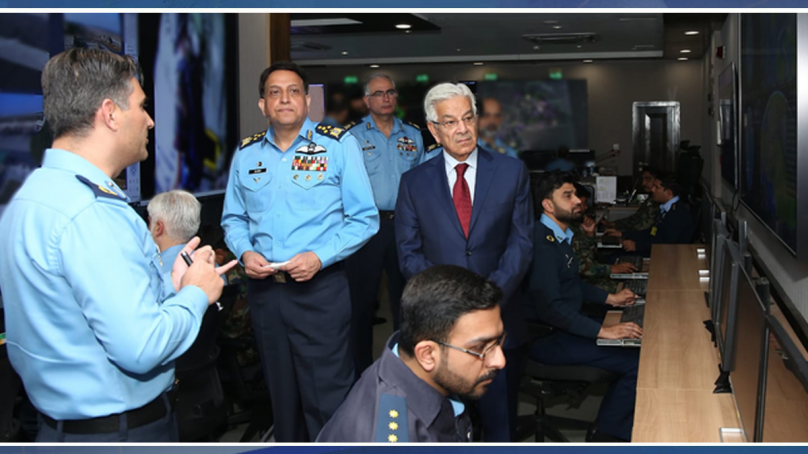 The Defence Minister lauded the matchless professionalism of PAF and stated that the government would utilize all its resources to modernize Pakistan Air Force to ensure an impregnable defence of the country. He admired the revamping of training by PAF to produce well- equipped and skillful work force to cope up with ever-changing challenges of aerial defence and national security. He also lauded the exceptional response of Pakistan Air Force during the rescue and rehabilitation of flood victims in the aftermath of recent floods in the country.

The Air Chief briefed the visiting dignitary about various ongoing projects being carried out by Pakistan Air Force with special focus on modernization and development of indigenous capabilities. Chief of the Air Staff also briefed the Defence Minister about his vision of PAF’s National Aerospace Science & Technology Park (NASTP) project and highlighted that the mega project was aimed at fostering collaborative research, development and innovation in the domains of aviation, space, IT, cyber & computing to ensure social, economic, technological and scientific benefits for Pakistan.