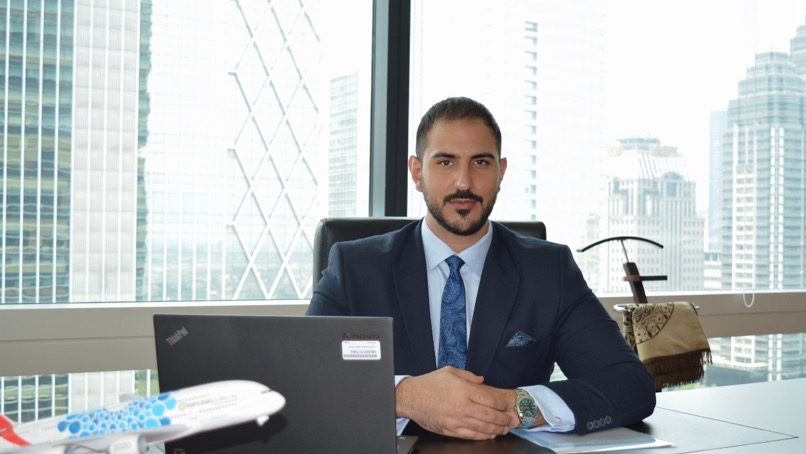 Karachi – 10 October 2022: Emirates has appointed Salem Al Mana as the new Regional Manager for Pakistan, with effect from 1 November. This comes as part of the airline’s management rotations to support its commercial strategies and efforts in rebuilding its global network amidst the increase in travel demand and the easing of restrictions. Salem was previously Emirates’ Commercial Support Manager – Indonesia since 2021.

In his new role, Salem will report to Mohammed Alnahari Alhashmi, Vice President – Pakistan and will help Emirates respond to shifting market dynamics in addition to strengthening Emirates’ presence in the market and driving growth. Wahid Albalooshi, who was previously Regional Manager Pakistan, will become District Manager Riyadh.

On Salem’s appointment Mohammed Alnahari Alhashmi, Emirates’ Vice President – Pakistan said: “I am pleased to welcome Salem to the team in Pakistan, which is one of the most important markets for Emirates in the region. We look forward to benefiting from his broad experience, which will help us to drive the growth of our online and offline sales through our network of travel partners as well as our operations in five cities in Pakistan. I congratulate him on the new role and challenge.

“I would also like to thank Wahid Albalooshi for his efforts and achievements while he served in Pakistan and wish him the best in his new role in Saudi Arabia.”

Salem joined Emirates in 2017 as a fresh graduate and was part of the airline’s UAE national commercial outstation program, providing necessary knowledge and exposure to the global aviation industry. Initially based in Emirates’ headquarters in Dubai, Salem moved through several roles firstly as Commercial Support Manager followed by his post as a trainee in UAE Sales to gain experience and a strong understanding of the market dynamics and the airline’s operations.

In 2019, following his training at Emirates’ hub in Dubai, Salem was posted in India as Commercial Support Manager – Mumbai, serving in one of the airline’s biggest markets in the region. His role in India provided him with an in-depth understanding of Emirates’ international operations as well as market knowledge and the competitive landscape.

His diversified experience also included training with the internal audit team to gain the knowledge necessary to successfully operate and be in full compliance with local regulations in an outstation. Following the completion of his training in 2020, Salem was posted as a Commercial Support Manager for Sri Lanka and the Maldives, initially based in Sri Lanka, but due to the global pandemic, continued to support the two markets from Emirates’ headquarters in Dubai.

In his latest stint with Emirates, Salem was posted as a Commercial Support Manager for Indonesia in 2021, learning the ropes of how the market operates and gaining a thorough understanding of customer segments and how to better serve their needs, especially for leisure and corporate customers, as well as religious tourism.

Salem studied in the United Arab Emirates and graduated with a Bachelor’s degree in Applied Communication from Dubai Men’s College.

Emirates has held strong ties with Pakistan since 1985 and the airline remains committed to its long-term commercial strategy in the country. Emirates currently operates passenger services to five cities in Pakistan including Karachi, Islamabad, Lahore, Sialkot, and Peshawar – connecting customers to more than 130 destinations via Dubai.