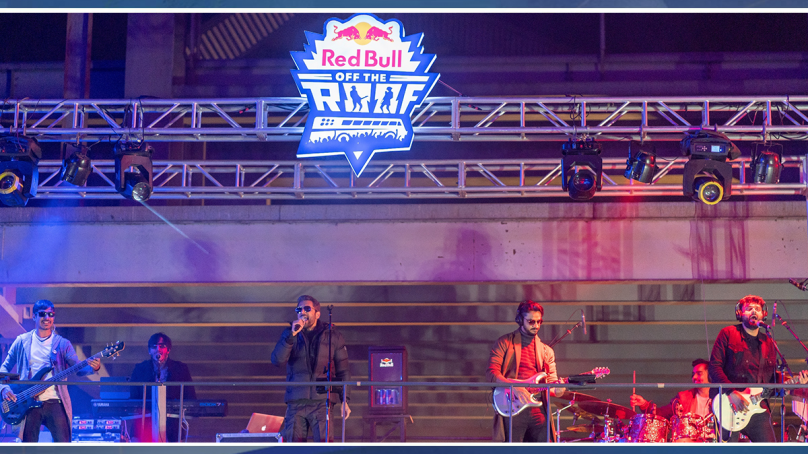 On December 26, 2022, the place to be was Expo Center, Lahore and the time was right for a musical extravaganza like none other seen in Pakistan before. The first show in the Red Bull Off The Roof series set off in Lahore with a must-see card of musical talent.

The reveal of the Red Bull Off The Roof bus to an awe-struck audience was a sight to behold. The 9000-kilogram silver-and-gray titan appeared too tall over everything in its way as it arrived at the venue.

Headlined by Pakistan’s beloved icon Bilal Maqsood (formerly of Strings), the show comprised talent from various musical styles and genres, all adored by Lahore. From indie pop artist Taha G and hip hop artist RizzyRozeo to viral sensations such as Abdul Hannan and metal heads like Takatak, all electrified the audience like they’ve been yearning for it.

After the live crowd was hyped up enough after a series of incredible performances, it was time for Pakistan’s beloved veteran to show up and show off. The audience showered the iconic Bilal Maqsood with deafening cheers as he climbed aboard the rooftop stage. Scores of people sang along to his every word and Maqsood had the crowd in the palm of his hands. 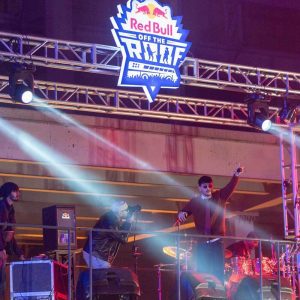 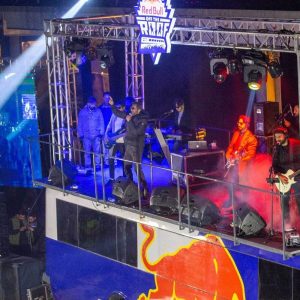 Finally, the sensational Hasan Raheem brought his A-game and conquered the night with one hit song after another.

Bilal Maqsood said, “Red Bull has taken this very old idea with its rich history, played creatively on it, and given it a new, modern look with a stunning bus and contemporary musicians. This Red Bull Off The Roof is going to create a buzz for sure. It will definitely change the fabric of our live music industry.”

Hip hop sensation Rizzy Rozeo, who entertained the audience with his hits including the latest release ‘YouWantMine’ featuring Ahsan Asif Mughal, said the elevated stage empowers the performer in a unique way and recalled his experience pleasantly.

” It’s a statement. It’s innovative and that’s what we need when it comes to our live music ecosphere,” said Rozeo about Red Bull Off The Roof. “Being up there on an elevated platform gives more power to the performer. And it allows the performer to take the audience on a journey, a sort of consensual hypnosis through music.”

Red Bull Pakistan CEO Taimour Afaq said, “What Red Bull is doing here is redefining how live music is performed in Pakistan. Red Bull Off The Roof is the first step towards bringing the culture of touring musicians traveling and performing in one town or city after another. This changes the whole concept where once the audience would go to a concert; now the concert has wheels and it comes to wherever you are.”

State Bank to issue banknotes with Jameel Ahmad’s signature from