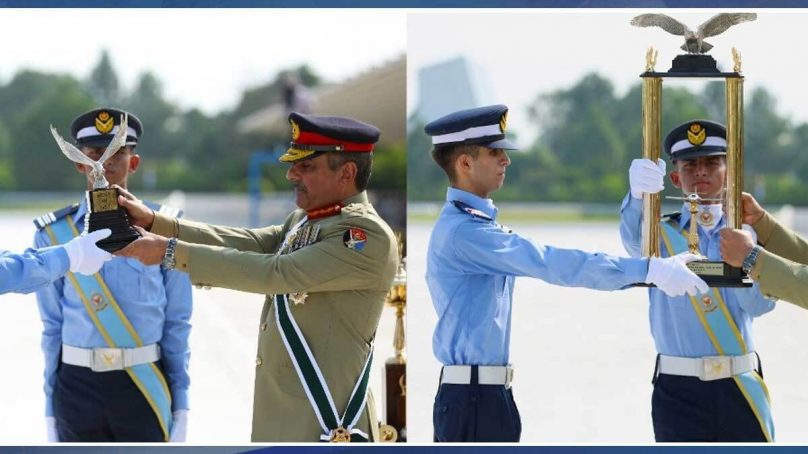 While addressing the audience, the Chief Guest said, “Pakistan is a peace-loving country that stands committed to the ideal of mutual respect and peaceful co-existence. Pakistani nation and our Armed Forces have rendered great sacrifices in the quest for regional stability and global peace. We are fully cognizant of the evolving regional and global dynamics and shall not let any country exploit the volatile regional situation against Pakistan.”

Addressing the graduating cadets, the Chief Guest said, “At the outset of this very demanding profession, remember that you carry the big responsibility on your shoulders of defending the aerial frontiers of Pakistan. Hence, both in peace and war, it must be your prime obligation to give the best of your abilities to meet your professional challenges. In doing so, you should seek inspiration from the heroic deeds of our legendary predecessors for keeping Pakistan’s flag flying high.”

The ceremony was followed by a thrilling aerial display by PAF Academy Aerobatics team “Sherdils” who captivated the spectators with high-quality formation aerobatics and flying display. The Graduation Parade was witnessed by military and civil dignitaries as well as parents of the graduating cadets.