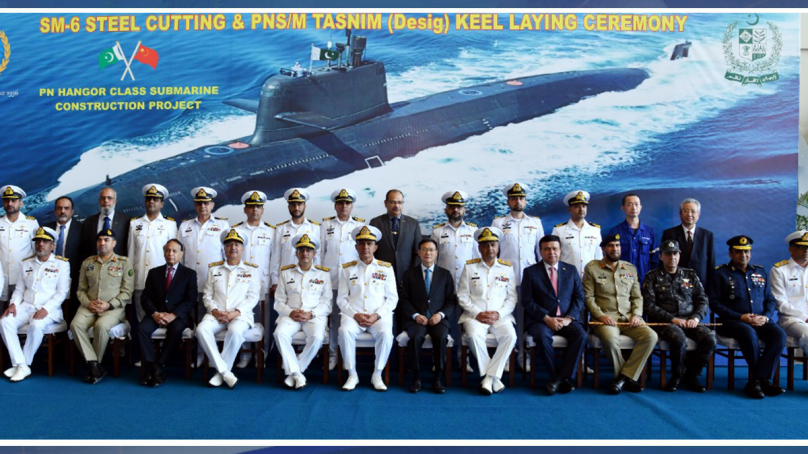 The defence agreement between Pakistan and China included the development of 08 x HANGOR Class Submarines including 04 under construction at Wuchang Shipbuilding Industry Group (WSIG) in China and the remaining 04 being built at KS&EW under the Transfer of Technology (ToT) agreement. The construction work of the first submarine to be made at KS&EW Pakistan commenced on Dec 21 and now the Keel Laying is being laid which is a major milestone in the history of any naval vessel being constructed. Concurrently, construction work on a subsequent submarine has started with its Steel Cutting at the same shipyard.

HANGOR Class Submarine is capable to undertake a variety of missions as per operational dictates. The submarine possesses advanced stealth features and is fitted with state-of-the-art weapons and sensors to operate under multi-threat environments and can engage targets at stand-off ranges. 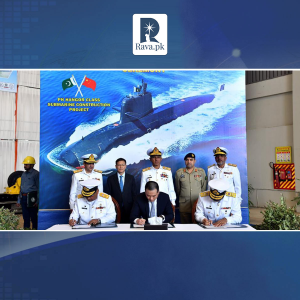 On the occasion, the honourable Chief Guest expressed that it is a matter of great pride to witness the Keel Laying and Steel Cutting of two submarines concurrently. He added that Pakistan Navy is aware of the evolving Geo-strategic situation in our region and will continue to develop naval potential, improve shipbuilding infrastructure and equip platforms with advanced weapons/ sensors to counter traditional as well as asymmetric threats. The Admiral showed confidence that these submarines will play a leading role in catering for the operational needs of the Pakistan Navy.

Earlier the distinguished Rep of M/s China Shipbuilding Offshore Company (CSOC) expressed his gratitude for the ceremony. He added that his company will ensure seamless provision of all resources/ support for the smooth construction of submarines in Pakistan. He further said that the Pak-China friendship is deep-rooted and shares common objectives.

The ceremony was attended by representatives of M/s CSOC (China) and other high-ranking officials including distinguished guests from the Embassy of China, Ministry of Defence Production (MoDP), Pakistan Navy (PN) and KS&EW.