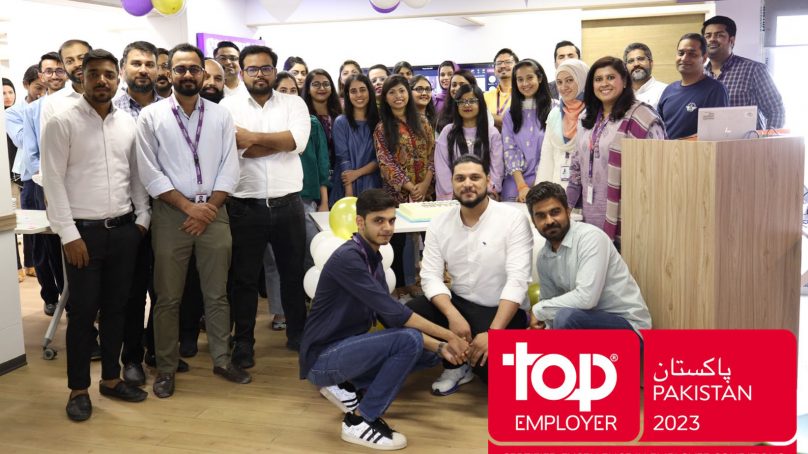 Karachi, January 20, 2023 – Mondelez Pakistan, one of the country’s largest confectionary and beverage manufacturers, has been announced as the Top Employer for the year 2023. Owing to industry-best practices in creating an exceptional work environment and company culture for employees, the organization has been awarded this distinction adding another feather to its hat.

Mondelez Pakistan is amongst the most prestigious entities that fall under Mondelez International, a global brand that has a footprint in over 150 countries. This distinction for Mondelez Pakistan is a huge accomplishment for the local arm and a reflection of the culture and environment that the cross-functional teams have fostered. Mondelez Pakistan remains dedicated to developing a top talent agenda with a growth mindset, best-in-class people practices, policies, and ways of working, all of which contributed to the organization receiving this prestigious accolade.

Commenting on the development, Ms. Syeda Khadija Khan People Lead, Mondelez Pakistan, added: “We at Mondelez Pakistan always strive to build the most productive and welcoming environments for our employees. These team members are the foundation of what makes this organization one of the best. It is a great honor for us to be recognized for the efforts that we make and it will motivate us further to make greater improvements to existing infrastructures.”

Mondelez Pakistan continuously makes efforts to excel in various functional capacities and has been acknowledged on various fronts in this regard.

Mondelēz Pakistan Ltd is a wholly owned subsidiary of Mondelēz International, Inc. which is a world leader in chocolates, biscuits, gum, candy, and powdered beverages. Mondelēz Pakistan Ltd’s portfolio includes flagship brands such as Cadbury Dairy Milk and Tang which enjoy a market leadership position in their respective categories.