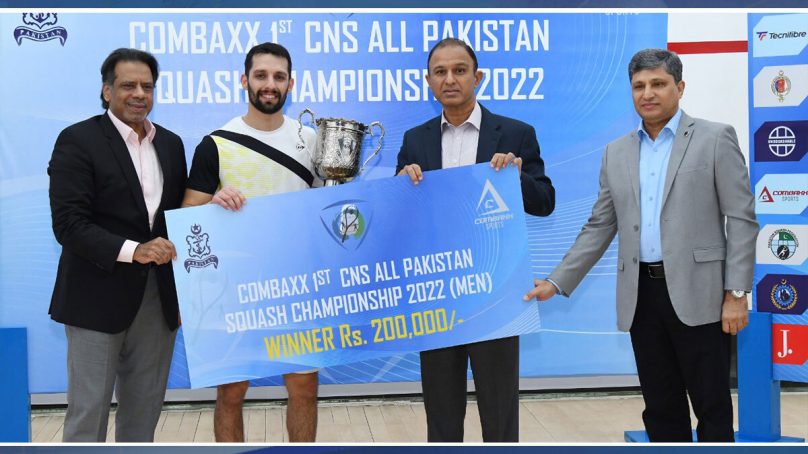 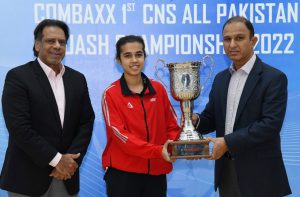 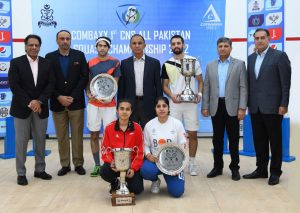 While addressing the ceremony, Naval Chief highlighted the Pakistan Navy’s long association with the game of Squash. He stated that holding of CNS Open Squash championship for two decades on regular basis is indicative of PN’s commitment to promoting the game of Squash in the country. He added that Pakistan Navy will continue to organize National and International level Squash Championships every alternate year with an aim to promote Squash and provide a platform for promising national players who possess the ability to reach the glory of excellence. The Chief Guest expressed his gratitude to the Pakistan Squash Federation (PSA), players, sponsors, and the tournament organizers for the impeccable conduct of the event. 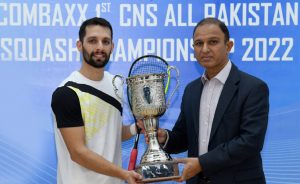 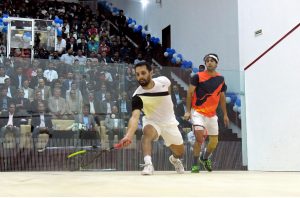 Later, Chief of the Naval Staff Admiral Muhammad Amjad Khan Niazi gave away the prizes to winners and runners-up of the championship and congratulated them for their hard work and valued achievements. The final match of the Men Category of the tournament was played between Mr. Nasir Iqbal & Mr. Mehboob and in the women’s category between Ms. Zainab Khan and Ms. Noor-Ul-Ain. After a tough and thrilling competition, Mr. Nasir Iqbal of Wapda & Ms. Zainab Khan of Pakistan Army won the titles.

The ceremony was attended by civil and military dignitaries, sponsors, national sports personalities, and senior players of the sports community.