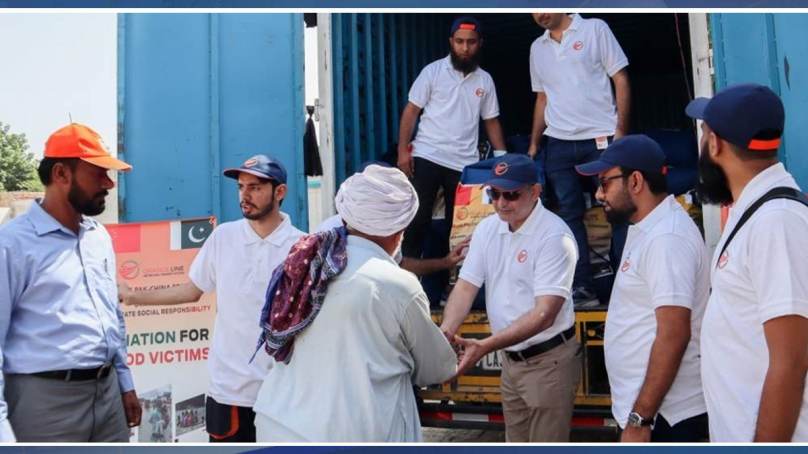 Lahore, September 12, 2022: In the spirit of further strengthening brotherly relations between China and Pakistan, a group of 20 employees and volunteers representing the Orange Line Metro Train project stepped forward to distribute life support essentials amongst the flood victims of Jampur, which stands amongst the most devastated cities in the Rajanpur district of South Punjab during the current ongoing floods crisis. The specially prepared donation packages included ready-to-eat food items, hygiene products, raw grocery items, and cash support with a combined worth of two million rupees to support those who have been critically affected by the floods.

Heavy torrential rains in the Sulaiman Range caused massive water flooding that led to breaches in the protection dykes of two water channels in district Rajanpur. Floodwaters also breached the protection dyke of Chak Shaheed drain that flooded the surroundings of the village, cutting its 2,500 residents off from the rest of the area. Due to recent monsoon rains, the areas of Rojhan and Jampur tehsils of district Rajanpur faced severe losses making it difficult for rescue teams to reach the affected areas and forcing millions of people to leave their homes and seek rescue shelter and assistance. 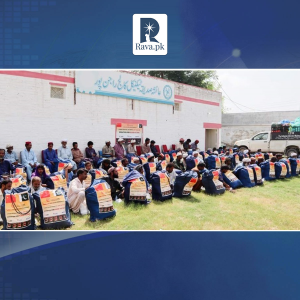 While speaking about it, Li Chen, the CEO of Orange Line Metro Train Lahore said, “The Orange Line Metro Train project is a good example of China and Pakistan’s iron-clad friendship which is time tested and timeless. During this natural calamity of unprecedented scale, we firmly stand with our Pakistani brothers and sisters to support them with their rescue and rehabilitation efforts.”

This essential support from Orange Line Metro Train project joins the other ongoing efforts at a crucial time when millions of human lives have been lost, countless families have been displaced, and major infrastructure across many cities has been washed away due to massive floods. It will certainly require joint collaborative efforts by everyone to help recover from this massive crisis and repair the damage it has caused.