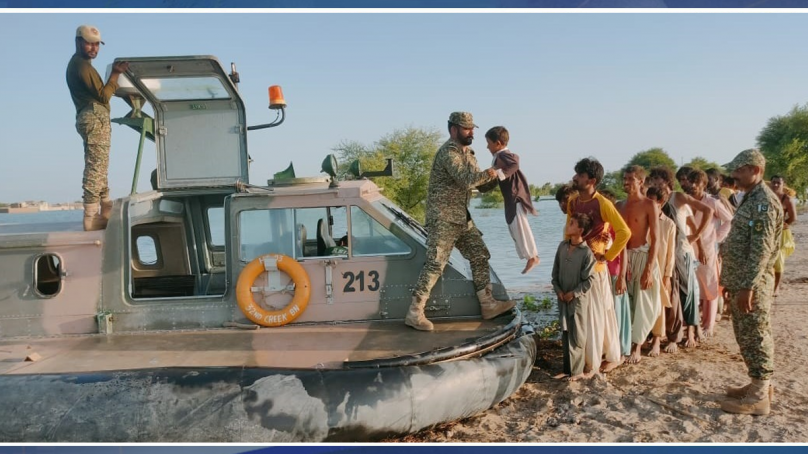 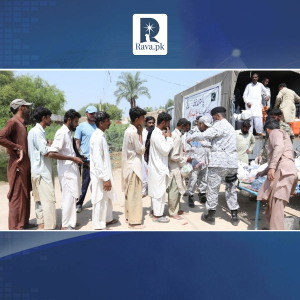 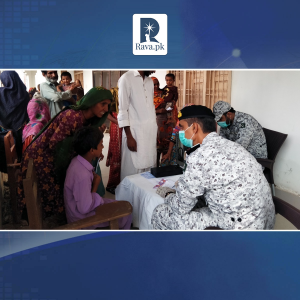 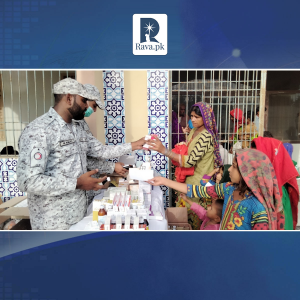 Pakistan Navy has deployed two hovercrafts to evacuate stranded people in flood water at Dadu District. These hovercrafts have evacuated hundreds of trapped people from Goth Ahmed Khan Chandio in Khairpur Nathan Shah to high point safe areas. These hovercrafts are capable to be operated on water, land, and muddy areas. PN utilizes them for the defense of Creeks Areas. Currently, stationing of hovercrafts to evacuate standard people will speed up the rescue operation in far-flung and remote areas where evacuation through small boats is difficult. 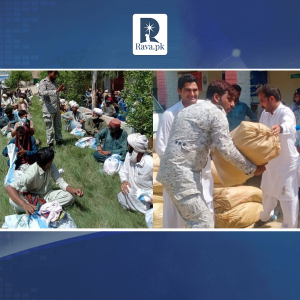 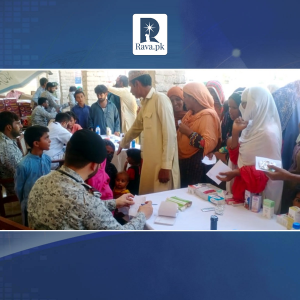 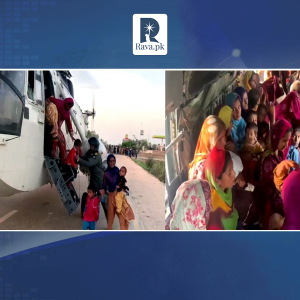 Meanwhile, Pakistan Navy personnel are also wholeheartedly undertaking Rescue and relief operations through the use of Helicopters at far-off ranges. PN relief teams are providing ration bags, drinking water, and cooked food to rescued people. Additionally, a large number of medical camps have been established to provide free medicines amongst flood victims.

Pakistan Navy is resolutely committed to supporting the countrymen during this natural calamity.