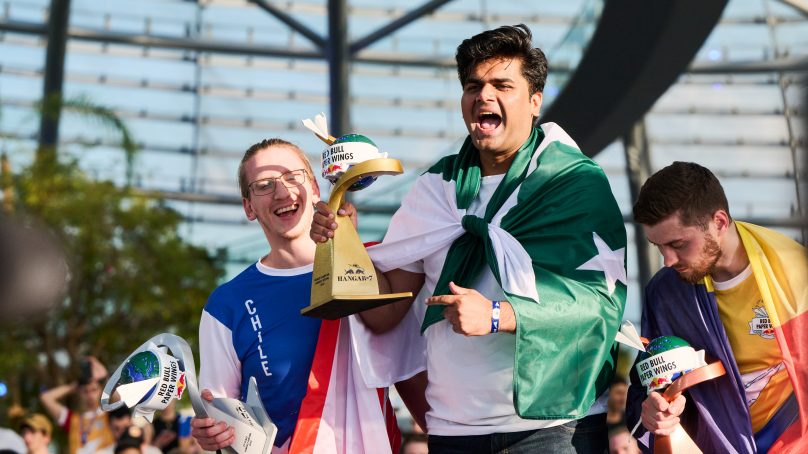 Pakistan, 16th May 2022: Pakistani paper plane pilot Rana Muhammad Usman Saeed won the big one at theWorld Finals of Red Bull Paper Wings, the world’s biggest paper plane throwing competition. He competed in the ‘Airtime’ category and ended a personal 10-year journey to the podium by winning with a time of 14.86 seconds.

Held in Salzburg, Austria, Red Bull Paper Wings showcased the best paper plane, pilots, from over 60 countries, competing in airtime, distance, and aerobatics categories. Usman, along with Raja Sameer, qualified for the World Finals after winning the competition’s Pakistan finals. Sameer could not make it to the top 15, but Usman ensured he didn’t go back without the trophy. Not just the trophy but in the pre-elimination, he had achieved 16.39 seconds – a new Red Bull Paper Wings World Final record. 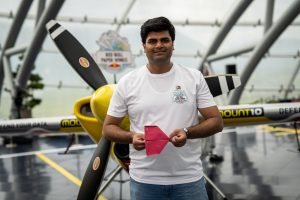 A lawyer by profession, Usman has competed thrice in Red Bull Paper Wings and has been a finalist every single time. The third time was the charm, though, as he finally took the trophy home in 2022.

His intention was that he didn’t want to go back without achieving what he wanted. “I was here in Hangar-7 in 2012, but I wasn’t prepared, and I didn’t make the podium,” Usman said. “From that time, I really built my interest in paper planes, worked hard, and finally achieved what I wanted to do,” Usman added that while leaving Pakistan, he promised that he would bring the trophy home, and so he did. 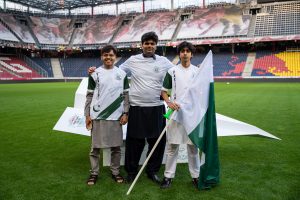 Besides the ‘Airtime’ category, paper plane pilots from all over the world also competed for ‘Distance’ and ‘Aerobatics’. Lazar Krstić (SRB) won his category with a distance of 61.11m whereas Seunghoon Lee from South Korea won the aerobatics with 46 points. 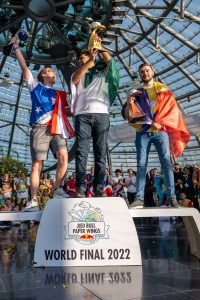 For the competition, paper plane pilots were required to make their planes only by folding a standard sheet of paper – no ripping, gluing, cutting, stapling, or weighting of the plane was permitted, and the event was monitored by the Guinness Book of World Records officials.

The final was held at the iconic Hangar-7 in Salzburg. An architectural landmark, the venue was conceived as a place where aviation comes together with art and the culinary arts, hosting high-profile exhibitions, events, and programming.