Red Bull Off The Roof: The Concert Drives To You - Rava.pk
Recent View all
Press Release
Read more

Home  »  Press Release   »   Red Bull Off The Roof: The Concert Drives To You 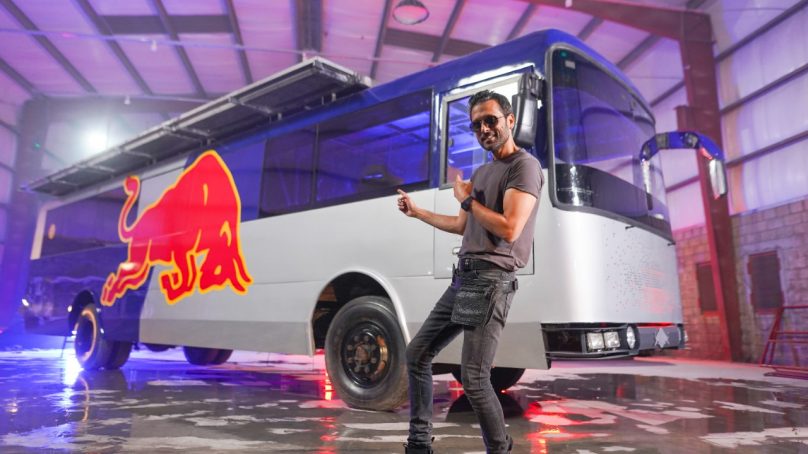 Lahore – 30th November 2022: Red Bull Off The Roof is a brand-new, innovative addition to the Pakistani live music ecosphere. Where once the audience went to the concert venue, this new breakthrough brings the CONCERT venue TO THE AUDIENCE.

Since 2013, Red Bull has held Off The Roof shows across the world. This year, the show finally comes to Pakistan where musicians will travel in and perform on the top of a bus. A gigantic tour bus will carry a number of renowned Pakistani musicians. At the Expo Center, Lahore, the musicians will perform on the roof of the bus to the audience standing below and around.

To be held on December 24, 2022, at the Expo Center in Lahore, Pakistan, Red Bull Off The Roof will be headlined by none other than the former Strings-man Bilal Maqsood. Accompanying acts include metal band Takatak, and hip-hop artist and music producers RizzyRozeo& Taha G. 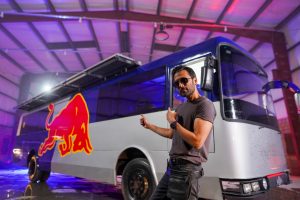 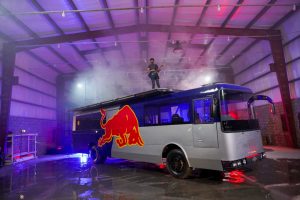 “This bus is going to create a buzz for sure. This will definitely change the fabric of our live music industry,” said Bilal Maqsood.“I think our bands are going to be standing in a queue waiting to be the next band to play on top of that bus. And Red Bull being a huge supporter of Pakistan’s music industry, won’t leave any stone unturned in making this show special.”

The Pakistani music icon believes the idea behind the show is unique and offers the promise of such wildly interesting concerts in different locations.

“Red Bull Off The Roof is such an amazing idea. The whole idea behind this tour bus is to provide the ultimate concert experience with a little twist that the bands are performing on the roof of the same bus they travel in. The live performances are all about the experience you get. And this is going to double or triple the experience because the locations would not be your regular concert venues. They could be anywhere outdoors, near the mountains or the beach, maybe on the runway. It could be done anywhere.”

So, don’t think twice about getting a once-in-a-lifetime experience on December 24, 2022.

Bookme.pk serves as the official ticketing partner for Red Bull Off the Roof. So, head on to the website and book yourself some completely ‘Off The Roof’ memories. FM91 & Levi’s are the other two partners of Red Bull Off The Roof.