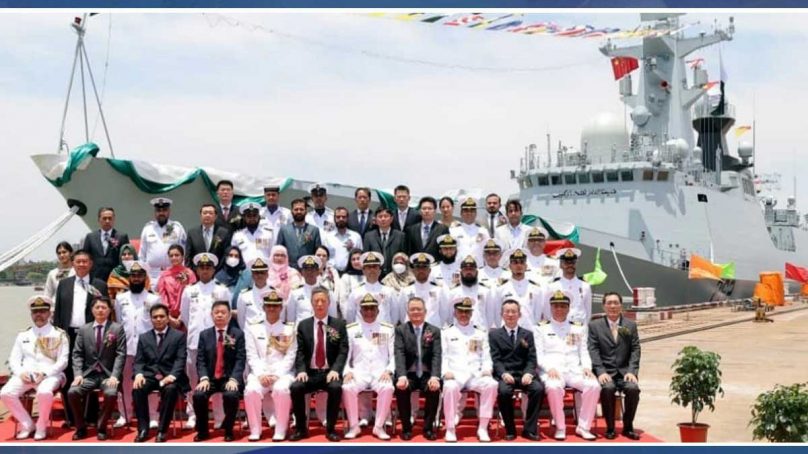 PNS TAIMUR is the second ship of four Type 054 A/P Frigates constructed for the Pakistan Navy. The first 054 A/P Frigate PNS TUGHRIL joined PN Fleet in January 2022, while another two frigates of the same class are presently under construction in China. 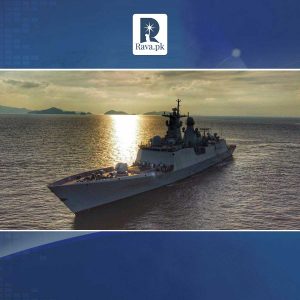 PNS TAIMUR is a technologically advanced and highly capable sea asset having hi-tech weapons & sensors, the latest combat management, and an electronic warfare system to fight in a multi-threat environment. These ships will provide a sustainable boost to the combat capability of the Pakistan Navy and enable it to meet emerging challenges in the domain of maritime security and regional peace. 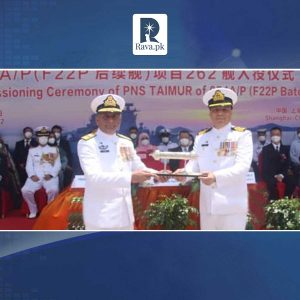 Later, Deputy Director General Military Product Department China in his address highlighted that Pakistan and China are cognizant of changing geopolitical environment and taking effective measures to deal with the added responsibilities and evolving challenges together. He underscored that friendship between the two countries is a pillar of peace and stability in the region.

The ceremony was attended by high-level dignitaries from BOMETEC, OIMC, SASTIND, PLA (N), and CSSC besides Chairmen of CSTC & HZ Shipyard along with prominent figures of the Pakistan community in China.