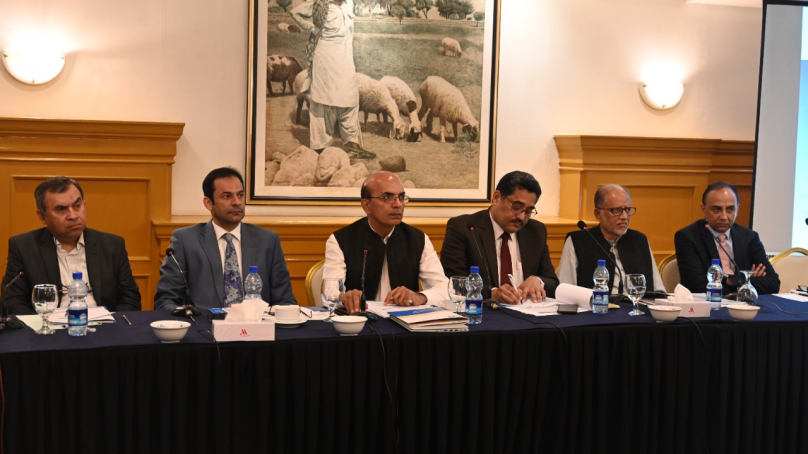 November 07, 2022 (Karachi):  Due to a lack of security personnel as a reason, Sindh Local Government (LG) Elections may take place in further two phases. A proposal in conducting an election in the remaining districts of Sindh in two phases is under consideration says Mr. Ali Asghar Sial, Joint Provincial Election Commissioner in a Stakeholders’ dialogue organized by Centre for Peace and Development Initiatives (CPDI) in collaboration with Freidrich Nauman Foundation for Freedom Pakistan (FNF).  During the dialogue, Speakers urged the Sindh Government to strengthen the LG system in Sindh and commence the second phase of LG elections without further delay.

PML(F) MPA Mr. Shaharyar Khan Mahar said that an Empowered Local Government System in Accordance with Article 140-A of the Constitution is a Need of the Hour. He further stated that Sindh Government is not committed to implementing the Local Government Act 2013 in true letter and spirit. LG has a primary role of planning and managing all aspects of disasters and floods but the Sindh government was unable to deal with the relief and rehabilitation due to the absence of empowered LGs.

Former Federal Minister and Senior Politician Mr. Raza Haroon emphasized the need for a constitutional amendment for the protection of Local Governments as the third tier of government. India has the best LG system and Pakistan should replicate its best LG practices in Pakistan. Raza also said that Karachi lacks a unified command structure. KMC functioning as the city’s municipality doesn’t have control over the entire metropolis. Its jurisdiction lays over only 30% of Karachi. Unity of Command for the metropolitan and district government as far as municipal and civic functions under the Mayor or Chairman should be inserted in Chapter 4 of the constitution.

Civil Society and Political Leadership of Karachi should mount a campaign for strong and empowered local government in conjunction with the Sindhi Leadership said Mr. Kaisar Bengali, a senior economist.

Mukhtar Ahmad Ali, Executive Director of CPDI said that a diploma program in local government and administration was started at Karachi University in 2013 but later without giving any reason, the admissions to the diploma program were stopped. Instead of expanding the program university stopped the enrollments. Such initiatives should be replicated in other educational institutions instead of revoking.  He also demanded the reasonable representation of women in the Provincial Local Government Commission of Sindh and PFC. At least one woman may be given representation as a member of the PLGC on a gender equity mainstreaming basis, said Mukhtar.

MQM Member Provincial Assembly, Ms. Mangla Sharma said that no one can deny the importance of local governments but the elections must be held after delimitation. She also emphasized the need of making LGs more inclusive for women, PWDs, and religious minorities.

Ms. Birgit Lamm, head of Friedrich Naumann Foundation Pakistan said that Local Government is very important as it deals with service delivery issues of citizens and it’s a tier where citizens witness governance on a day-to-day basis. But the topic of LGs is not owned by all the stakeholders. An empowered and effective LG system should be a priority of all stakeholders.