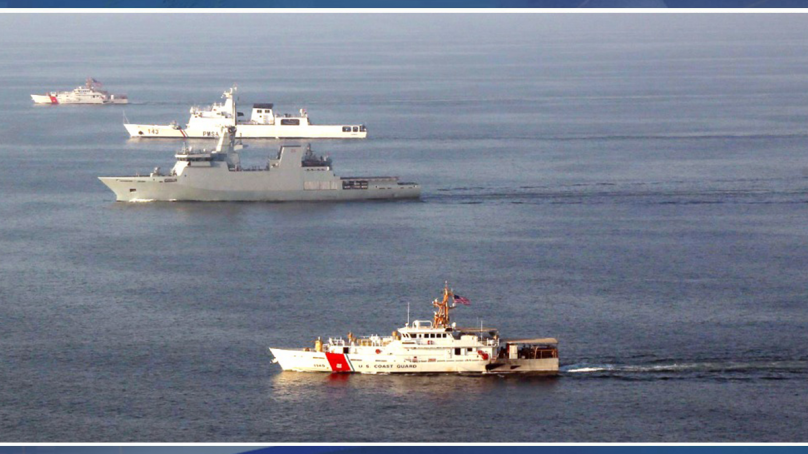 Karachi, 10 Oct 22:  US Coast Guard Ships CHARLES MOULTHROPE and EMLEN TUNNELL visited Karachi as a goodwill gesture. Upon arrival at Karachi Port, USCG Ships were received by officials of the Pakistan Navy and US Embassy with traditional warmth and cordiality. The US ship’s visit includes various operational activities including professional exchanges through meeting sessions at the harbor and joint maritime exercises at sea.

During the stay, the Commanding Officers of USCG Ships called on the Commander Pakistan Fleet and Director of the General Pakistan Maritime Security Agency. Matters of mutual interest were discussed during the meetings. On completion of the port visit, joint maritime exercises between USCG, PN & PMSA Ships were conducted in the North Arabian Sea. The exercises comprised defense against Asymmetric Attacks, Boarding, Search & Rescue Operations, and Patrolling. The aim of the exercise was to build synergy and enhance interoperability.

Visit of USCG Ships and conduct of joint maritime exercises is indicative of PN’s recognition as a reckonable force and shows its resolve to maintain regional stability and good order at sea under a collaborative framework to cooperate with partner countries operating in the region.

It is expected that the visit of USCG Ships and the conduct of bilateral exercises will further promote the existing cooperation between the two countries in general and navies in particular.