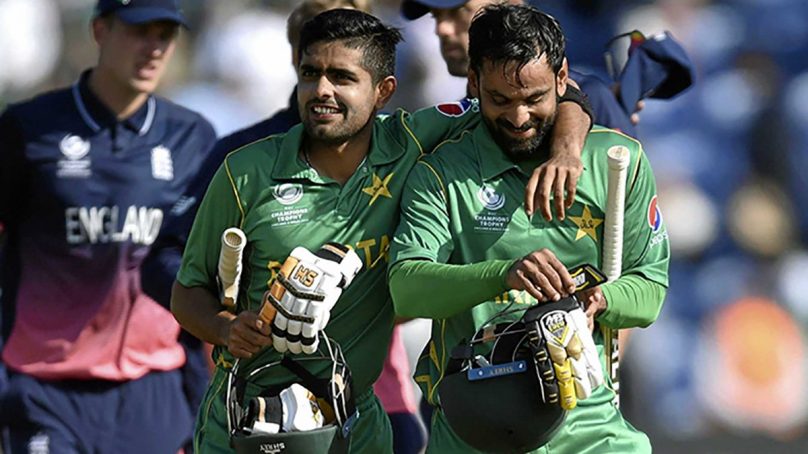 The veteran all-rounder of Pakistan, Mohammad Hafeez, reckons prolific batsman and limited-over skipper Babar Azam should be batting in the middle order to try different things.

Hafeez, who was also appointed captain of the Pakistan T20 team back in May 2012, expressed his view that the star batsman should bat in the middle-order to try different things.

“I think in the upcoming series against Zimbabwe, we should try a new opening pair. It will help us evaluate the prospect of other opening batsmen in the domestic circuit. I believe Babar should come lower down the order,” Hafeez, who has scored 2,147, runs in 94 T20s, said while talking to a private news channel.

Hafeez, who scored 6,614 runs in 218 ODIs, believes in the upcoming series against Zimbabwe the Pakistan team management should give young people a chance.

The Zimbabwe team is due to arrive in Pakistan in October for a limited-over series which includes three Twenty20s and as many ODIs.

Hafeez, who scored 3,652 runs in 55 Tests, reckoned senior team management should rest seniors for the said series and give chance to younger players.

“I think the team management should give chance to youngsters in the series against Zimbabwe,” said Hafeez. “This kind of series is a perfect opportunity to test your bench strength and give rest to seniors.”

Pakistan Cricket Board chief executive, Wasim Khan has announced that the Zimbabwe series will be divided between Rawalpindi and Multan.

The ODIs will be played in Multan while the T20s will be held in Rawalpindi.