Protest breaks out as the TLP chief, Saad Rizvi is taken into custody - Rava.pk
Recent View all
Entertainment
Read more

Home  »  News   »   Protest breaks out as the TLP chief, Saad Rizvi is taken into custody 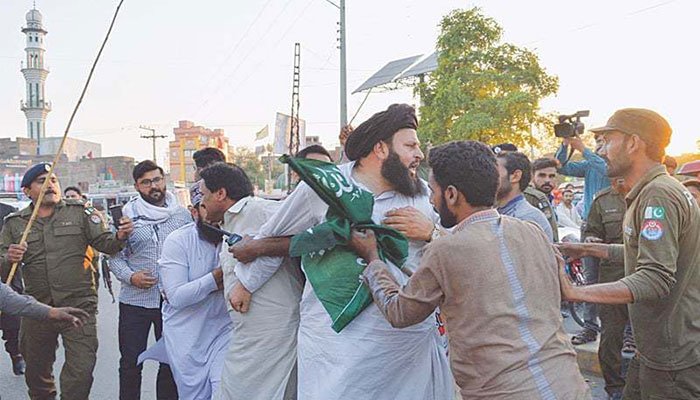 The supporters of an Islamist political party, Tehreek-i-Labbaik Pakistan stated protest and blocked roads in several areas of Karachi and Lahore. The protest worsened as the chief of the party; Saad Rizvi was taken into custody to maintain peace in Lahore.

The demonstration has led to the death of a TLP supporter due to a gunshot case in Karachi. The police used tear gas and water cannon to get rid of the huge crowd of protestors who had blocked the streets at an intersection in Lahore.

The reason for the protest was to take a stand against the French ambassador who has allegedly passed anti-Islam statements and policies.