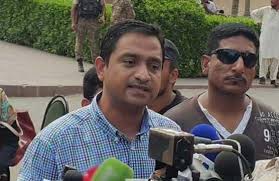 PTI lawmakers in Sindh are lodging a resolution against upcoming rallies

A resolution against the upcoming public meetings scheduled by the PPP was moved by PTI legislators in Sindh in the provincial assembly, citing the increasing number of Covid-19 cases in the country, APP reported.

PTI chief Khurram Sher Zaman said, according to a press release said that the Sindh government was shutting down schools and marriage halls to curtail the spread of Covid-19, but was allowing public rallies.

Zaman added that “there was a contradiction in the words and actions” of Sindh Chief Minister Murad Ali Shah, who was hosting a rally himself despite urging people to stay indoors and take precautions.

“The Sindh government is pushing the innocent people of the province towards a more deadly disease,” Zaman was quoted as saying.