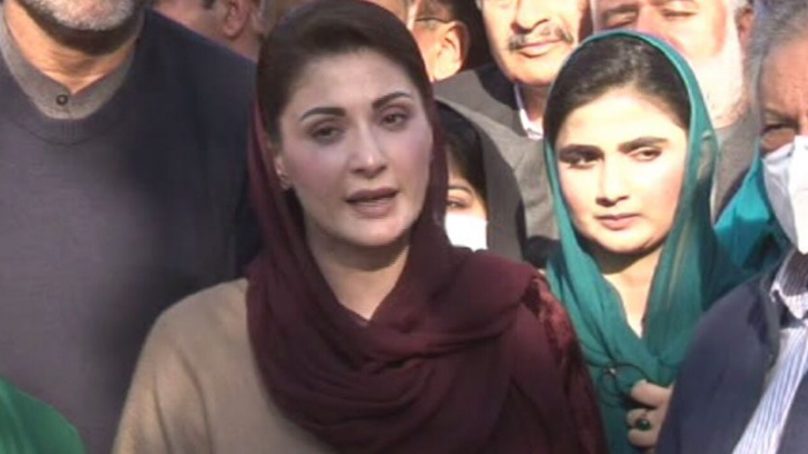 Addressing the media outside the Islamabad High Court, PML-N Vice President Maryam Nawaz took a dig at Prime Minister Imran Khan, saying that PM Khan is aware that “his ship is in the storm”. She added that Khan has trained his guns at the opposition as he knows that lawmakers of his party are “ready to jump ship”. Maryam also claimed that PM Khan was no longer “tenable” for anyone as he knows about his “failures.”

She stated, “There is unrest in the country; terrorism is on the rise once again […] I want to tell the PTI MPAs and MNAs: stop supporting the government. It’s my honest opinion: wear a helmet whenever you go to meet the people or climb atop containers to protect yourselves from angry citizens, who are waiting to grab you by their necks. People will collar you, so be careful from now on.”