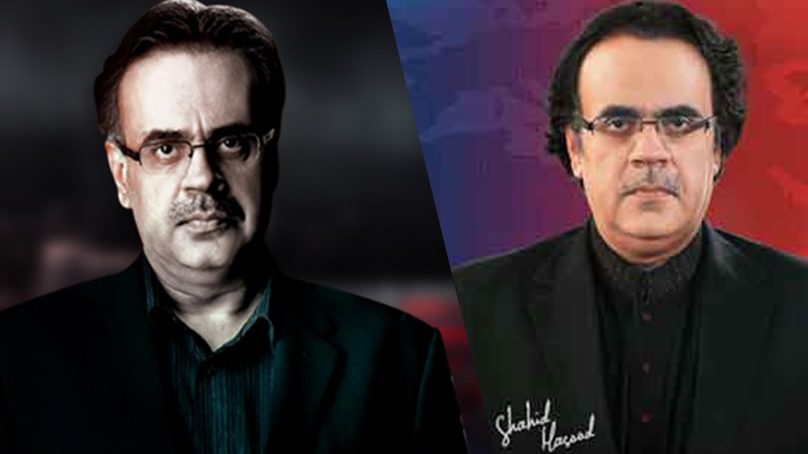 A local court on Thursday ordered that anchorperson and former chairman of Pakistan Television (PTV) Dr Shahid Masood be sent to Adiala Jail on judicial remand in relation to a corruption case pertaining to the state television.

The Federal Investigation Agency (FIA) had arrested Masood from the premises of the Islamabad High Court on November 23 after his bail plea had been rejected in the PTV corruption case. The next day, the court had remanded Masood in FIA’s custody for five days.

The anchorperson was presented before the court of Duty Judge Inamullah today as his five-day judicial remand ended.

During the hearing, the FIA said that Masood, who was appointed PTV chairman in the tenure of Pakistan Peoples Party-led government, had signed an agreement with a fake company to negotiate with the Pakistan Cricket Board (PCB) for grant of rights for coverage of cricket matches played in Pakistan.

Masood was involved in embezzlement of around Rs37 million from PTV as he negotiated with PCB for media rights and granted them to a fake catering company, FIA said.

The investigation agency requested for an extension in Masood’s remand, however, the judge rejected the request and directed that he be sent to Adiala Jail on judicial remand.