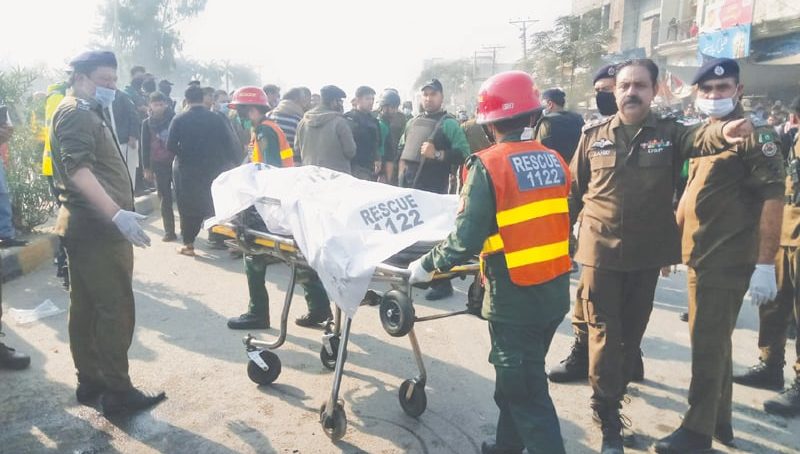 Seven more suspects have been arrested by the Punjab Police in the past 12 hours for the lynching case of a Sri Lankan national named Priyantha Kumara Diyawadanage. Priyantha was an exports manager at a factory in Sialkot where a mob brutally murdered him and set his body on fire accusing him of committing blasphemy. As of now, the police have arrested 131 suspects including 26 primary accused. Under the Anti-Terrorism Act (ATA), the police have booked 800 people who were a part of lynching.

The remain of the Sri Lankan national will be sent to his homeland today with the state honor. Prime Minister Imran Khan’s Special Envoy for Interfaith Harmony Hafiz Tahir Mahmood Ashrafi along with the officials of the Sri Lankan consulate will be present at the airport.