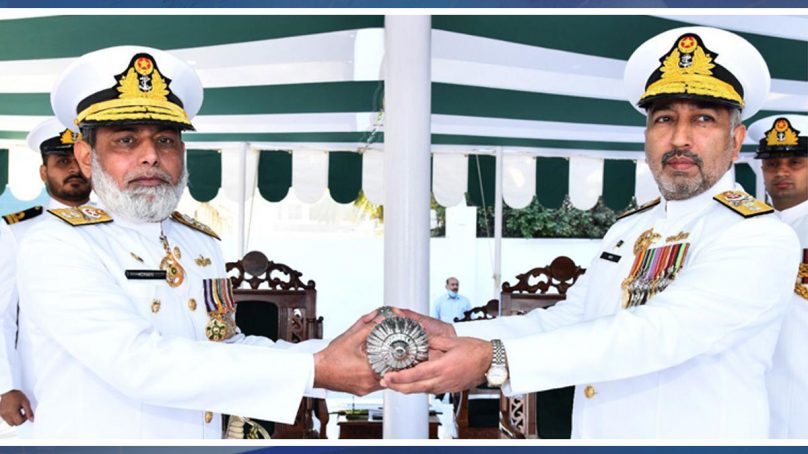 Rear Admiral Abid Hameed has taken over the Logistic Command of Pakistan Navy in an impressive change of Command ceremony held at PN Dockyard. He took over the command from Rear Admiral Adnan Khaliq.

Rear Admiral Abid Hameed would now be incharge of Logistic support to all PN Units, Ships, Establishments and repair/ maintenance facilities of Pakistan Navy.
Guard of honour was also presented to the newly appointed Commander Logistics during the ceremony. Later, Commanding Officers of the units under Command were also introduced to Commander Logistics.

The ceremony was attended by a large number of officers, civilians and sailors of Pakistan Navy.