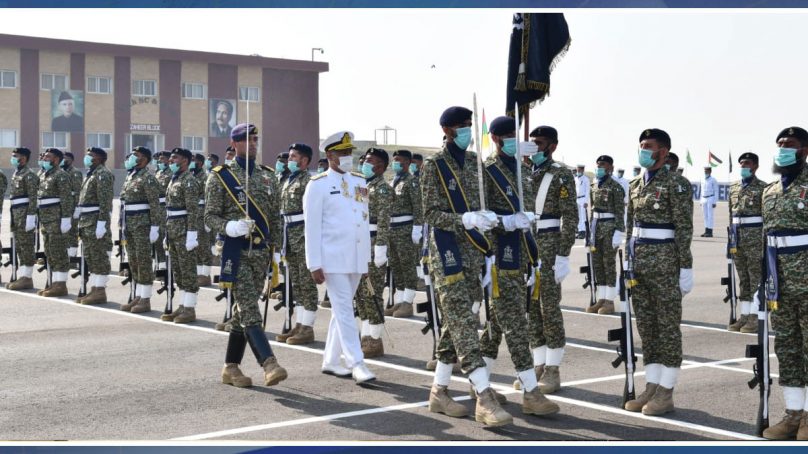 Rear Admiral Javaid Iqbal was commissioned in the Operations Branch of the Pakistan Navy in 1990. During his distinguished career, he has served on various Command and Staff appointments. His important Command appointments include Commanding Officer of Sea King Helicopter Squadron and Naval Aviation Base PNS MEHRAN. His Staff appointments include Captain Training (Aviation) at HQ FOST, Director Naval Operation Plans, Assistant Chief of Naval Staff (Plans), Principal Secretary to Chief of the Naval Staff (PSC) and Naval Secretary at Naval Headquarters. The officer has also served as Director-General Defence Purchase at Ministry of Defence Production and Naval & Air Adviser at High Commission of Pakistan at New Delhi, India. Previously, he was serving as Deputy Chief of Naval Staff (Operations) at Naval Headquarters.

The Admiral is a graduate of Pakistan Navy War College Lahore, National Defence University Islamabad and Naval Staff College USA. The Admiral has been awarded Hilal-e-Imtiaz (Military) by the Government of Pakistan in recognition of his meritorious services.

During the Change of Command ceremony, the Admiral was presented Guard of Honour and introduced to the Commandants/ Commanding Officers of units under Command. The ceremony was attended by Pakistan Navy officers, CPOs/ Sailors and Navy Civilians.

Schools to be checked for hidden cameras