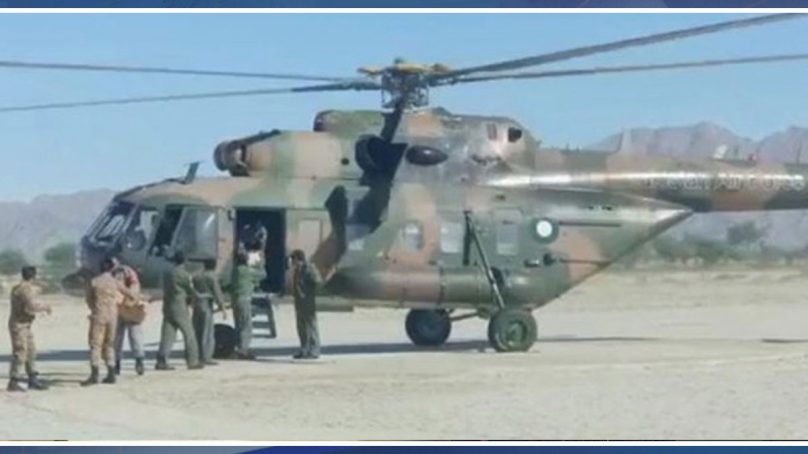 Pakistan Air Force is actively participating in rescue and relief operations along with Pak Army and Navy in flood affected areas of Balochistan.

During the operations, PAF transport aircraft have carried 77,860 pounds of relief goods to the flood affected areas, which were cut off by road due to heavy rains and flash floods. Relief goods which have been airlifted include ration, tents, food items, medicines, drinking water, blankets and essentially required machinery. Despite inclement weather conditions throughout the country and especially in the flood stricken areas, the PAF pilots are utilizing all their skills to come up to the expectations of the nation in this difficult time.

Air Chief Marshal Zaheer Ahmed Baber Sidhu, Chief of the Air Staff, Pakistan Air Force, has directed the respective branches of PAF to employ maximum efforts towards relief and rescue operations for the flood affected people of Balochistan. PAF has also deployed its helicopters in the flood stricken areas as part of fleet of helicopters of Army Aviation and Pakistan Navy.