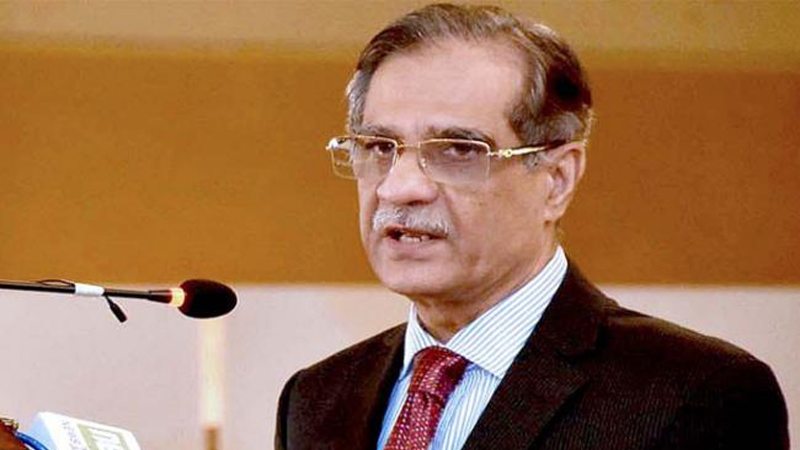 The controversy of an audio clip featuring the voice of former chief justice, Saqib Nisar, in which he reportedly told someone that Nawaz Sharif and Maryam Nawaz would be punished in order to make political space for Imran Khan, has emerged with a new twist. The matter took a turn when a private channel received forensic analysis of the tape by an American company which concluded that the audio leak was made with multiple clips.

Nisar commented about this controversy; he brushed off the allegations and said that it was falsely associated with him. The forensic report says that in the first 25 seconds, the person can be heard speaking from a distance and in the last 20 seconds, the voice is close to the recording device. This implies that the location of the 45-second clip was recorded at two different places.

In response to the senior journalist Ahmed Noorani where he commented that the audio clip is not fabricated, the report stated the clip comprises bits that have been recorded from more than one source in two different locations.

Analysts believe with the new twist, the controversy surrounding the independence of the judiciary—and Saqib Nisar’s credibility—will be put to rest. Do you agree?