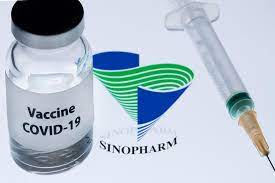 Pakistan was deciding to allow only a limited number of citizens for Hajj this year. However, Saudi Arabia has not approved of the Chinese Sinopharm vaccine. Minister for Religious Affairs and Interfaith Harmony Dr. Noorul Haq Qadri says that Pakistan will convince Saudi to accept the vaccine, as it has also been approved by the World Health Organization (WHO) and most of the Pakistani have received Chinese vaccine only.

Saudi has proposed a Hajj policy where they have suggested vaccines such as Johnson and Johnson’s, Pfizer, Moderna, and AstraZeneca.

Moreover, the Hajj arrangements require a negative COVID-19 test of all the pilgrims before they depart from their country. However, Pakistan has planned to send a limited number of pilgrims for Hajj this year once the vaccine issue is sorted.