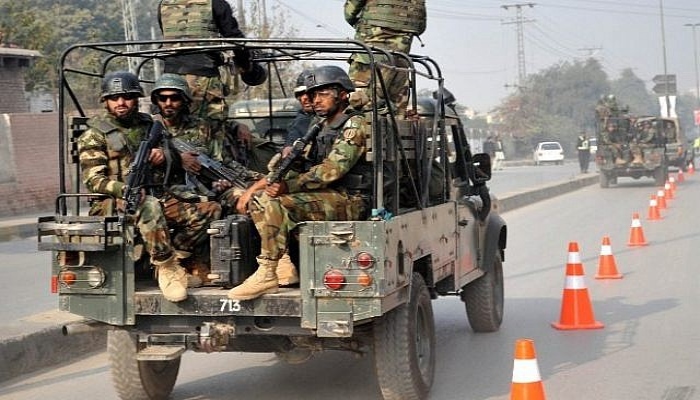 After successfully repulsing terrorist attacks in Panjgur and Naushki on Wednesday night, security forces carried out clearance operation to hunt down terrorists hiding in the areas.

In Naushki, security forces encountered and killed five more terrorists, while four brave soldiers embraced martyrdom, including an officer while repulsing the assault.

In Panjgur, security forces are continuing their operation to eliminate the fleeing terrorists. During an exchange of intense gunfire, three soldiers embraced martyrdom while four are reported to be hurt.

Per initial investigation, intelligence agencies have intercepted communications between terrorists and their handlers in Afghanistan and India.