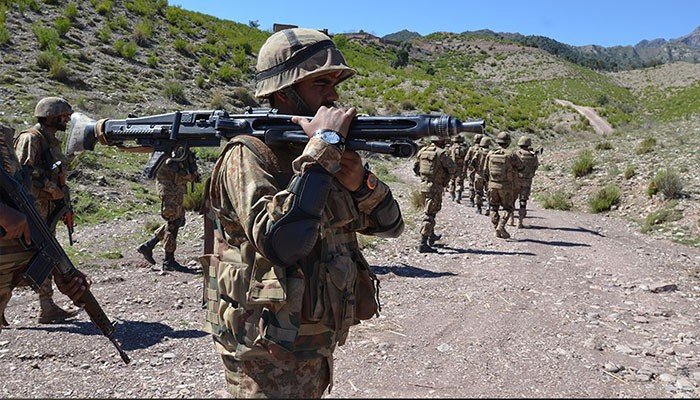 According to the Inter-Services Public Relations (ISPR), security forces on Wednesday shot down four terrorists in North Waziristan.

The ISPR said that the terrorists were killed after the troops cordoned off the after noticing the presence of terrorists in a compound in Mir Ali, North Waziristan.

As soon as the forces cordoned off the area, the terrorists opened fire at the forces. The intense exchange of gunfire resulted in the killing of four terrorists, the ISPR said.

“These terrorists were involved in kidnapping for ransom, extortion, fire raids on security forces, and IED explosions,” it said.

Pakistan committed to the ideals of mutual respect and peaceful co-existence: COAS

Pakistan Air Force has focused on the importance of education in our society: Samina Alvi