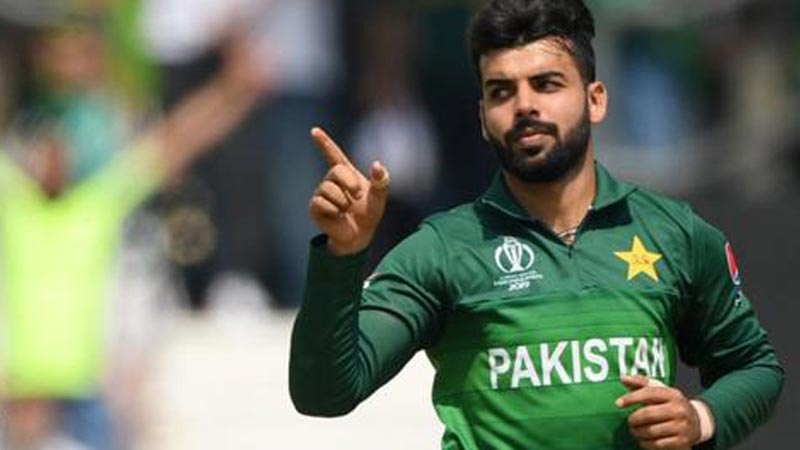 The national cricket board announced on Wednesday night that Pakistan’s newly-appointed limited-overs vice-captain Shadab Khan was ruled out of the first One-Day International against Zimbabwe due to fitness issues.

The medical team of the Pakistan Cricket Board (PCB) said Shadab will not play any role in the opening match of the three-match series at the Pindi Cricket Stadium after experiencing stiffness in his left upper leg during last Friday’s first intra-squad warm-up match in Lahore.

Leg-spinner Shadab will continue to be treated and a recovery program will be provided and a further update will be issued before the second ODI, a PCB spokesman said.

Pakistan, Afghanistan can’t afford chaos in such a situation: Bajwa