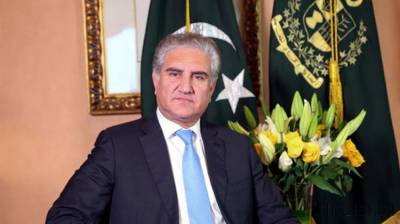 Foreign Minister of Pakistan, Shah Mahmood Qureshi has flown to Turkey upon the orders by the PM Imran Khan on Monday. The purpose of the trip is to support Palestine in a meeting conducted by the United Nations Assembly. Furthermore, the foreign minister will fly to New York along with the foreign ministers of Palestine, Turkey, and Sudan.

For the support of oppressed Palestinians and to stand against the barbarism of Israel, the foreign minister will also address the session at United Nations General Assembly (UNGA)

Pakistan has been standing in support of the oppressed Palestinians. The Pakistanis have been trying to raise their voice against the massacre in Palestine in the name of ethnic cleansing and self-defense by Israel.