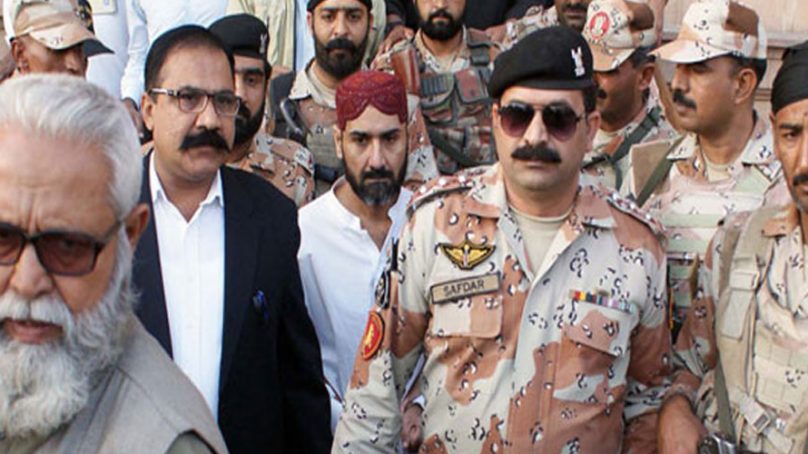 On Monday, the Sindh High Court heard an appeal against the sentence handed down by the military court to the Lyari gang war leader Uzair Baloch.

The mother of Uzair Baloch had filed a petition at the SHC against the verdict of the military court.

The court inquired the appellant’s lawyer why no vakalatnama was submitted from Uzair Baloch, to which the lawyer responded that Baloch was still kept at the Meetha Ram hostel and was not allowed to meet anyone.

The lawyer said that more than 40 cases had been made against Uzair Baloch. The court directed the lawyer to submit the vakalatnama in the next hearing.

The hearing was later adjourned indefinitely.

The mother of Uzair Baloch has said that, as per media reports, the military court has slapped Uzair Baloch with 12-year imprisonment.

She said that Baloch was reported to have been shifted from the military court to the Central Jail, Karachi, adding that she was not being allowed to meet her son.

She went on to suggest that the sentenced handed down to her son by the military court was unlawful and illegal.

All educational institutions to reopen from 15th September: Saeed Ghani