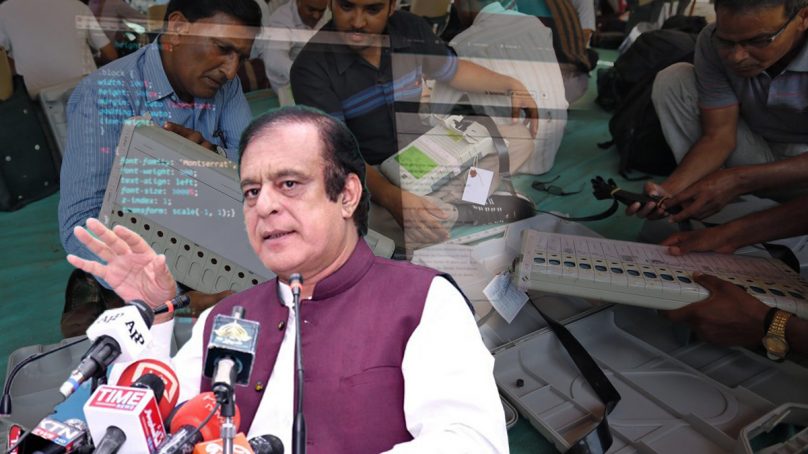 In ARY News’ Program, Power Play, Federal Minister of Science and Technology Shibli Faraz challenged the hackers and announced prize money of Rs1 million for anyone who succeeds at hacking the electronic voting machine (EVM). He admitted that he had taken some of the best hackers on board to breach the data but they couldn’t succeed. Claiming that the machine cannot be hacked, he added that “the opposition has even refused to witness the working of the machine.”

Faraz emphasized the EVM should be used for a proper fair election and said that the opposition could have a reservation on the machine even PTI’s allies had concerns regarding EVM, but they were successfully addressed.

The federal minister told the media that 400,000 machines were produced and the cost of every machine was estimated between Rs70,000 to Rs75,000. He added that there is no easier way to cast the vote than the EVM and the Election Commission of Pakistan (ECP) shouldn’t get itself in a controversial position.

He said that the opposition must not take everything in a negative manner saying, “Opposition could have reservations on the EVM and we tried to allay those concerns, however, they adopted the tone to oppose anything coming from our side.”