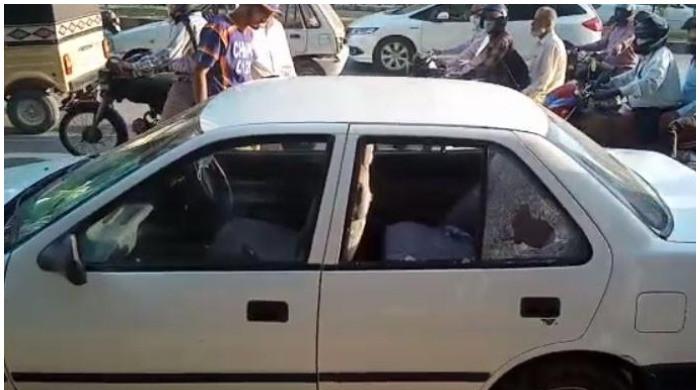 A man from Larkana named Waseem was shot dead and his wife and two people were injured. The couple got married recently and were going to their temporary residence in Steel Town, Karachi when they were attacked by men in the car near the Nursery bus stop on Sharah-e-Faisal. Waseem’s wife, Kosar, and a few other men were injured.

The police suspected the killers to be Kosar’s brothers and father and it is the suspect that the case is related to honor killing. The police have continued the investigation and cordoned off the area.