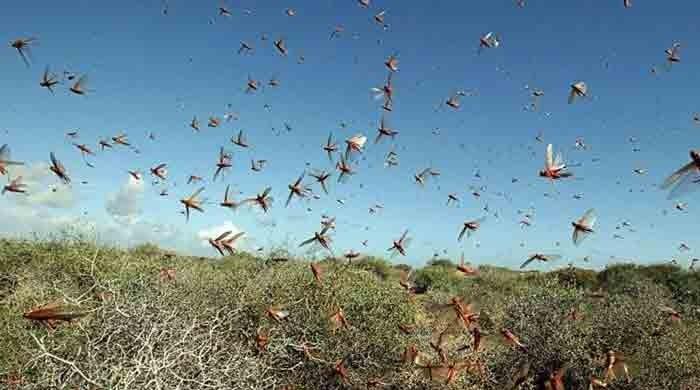 The provincial government has finally decided to hire aircraft to spray poisonous fumes over the fields covering thousands of acres of land, in different parts of Sindh, in an effort to do away with locusts.

In the meantime, the initiative is being seen with much skepticism, with many questioning the logic behind the decision in the background of the arrival of starlings, which mainly feed on locusts, in large numbers in the province.

Some experts have also highlighted the hazardous effect of pesticides on environment and the ecosystem.