Sohail Ayaz, who runs the Dark Web, has been sentenced to death three times
Recent View all
Entertainment
Read more 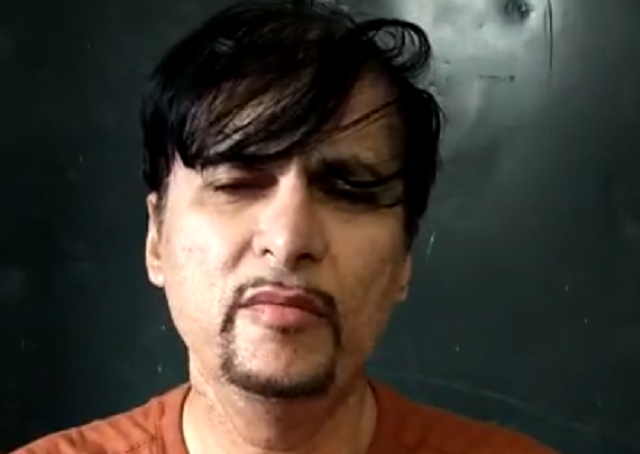 Sohail Ayaz, who runs the Dark Web, has been sentenced to death three times

Rawalpindi Additional Sessions Judge Jahangir Ali has pronounced a verdict against Sohail Ayaz. According to the verdict, the accused has been found guilty of sexually abusing children, making pictures, videos and running a dark web.

Accused Sohail Ayaz was also sentenced by a British court for  four years in prison, abusing hundreds of children and uploading pictures and videos on the Internet’s Dark Web.

Who is Sohail Ayaz?

Sohail Ayaz had previously worked as a consultant on a project for the Khyber Pakhtunkhwa provincial government, despite being involved in similar crimes in Britain and Italy.

After cases were registered against him last year, Rawalpindi CPO Faisal Rana said that the arrested man, Sohail Ayaz, had sexually abused children and sold their videos on the World Dark Web.

Speaking to the BBC, he said that during the interrogation, Sohail confessed to sexually abusing several children.  According to the CPO, the victims of sexual abuse ranged were from age one to seventeen.

According to police, Sohail Ayaz was a chartered accountant and worked at the Civil Secretariat in Peshawar, the capital of Khyber Pakhtunkhwa. However, Khyber Pakhtunkhwa Provincial Minister Shaukat Yousafzai has denied reports that the accused was an employee of the provincial government.

In Pakistan, the World Bank’s country director said in a tweet that the accused had been hired by the Khyber Pakhtunkhwa government as a consultant for multilateral task force projects and was not an employee of the World Bank.

According to police, the accused has previously served four years in prison for raping a 14-year-old boy in the UK.

How did the arrest take place?

Sohail Ayaz was arrested last year after an FIR was lodged by a woman. According to officials, a woman resident of the outskirts of Islamabad had lodged a complaint with the Rawat police station that her 13-year-old son was driving a wheelbarrow at a residential scheme in Rawalpindi at night.

The FIR registered against the accused said that a few days ago, the accused Sohail Ayaz put his son in his car and took him with him, where he drugged him and sexually assaulted him for four days.

According to the complaint, four days later, Sohail Ayaz threatened the sexually abused child that if he told anyone about it, his video would be posted on social media.

According to CPO Rawalpindi, Sohail Ayaz has been sexually abusing children for the last four years by bringing them to his house and feeding them drug.

Sohail Ayaz was sentenced by a British court in 2009 to four years in prison after confessing to raping a 14-year-old boy. Sohail also admitted in court that he had distributed pictures of the child and had 397 other immoral pictures.

Sohail was also linked to a Romanian child molestation gang.

Sohail Ayaz, who entered the UK on a work visa in 2008, was arrested in February 2009 when police in Rome, Italy, launched an investigation into an Italian man who abused a child.

They found out that Sohail had provided details of 15 Romanian children to the Italian accused.

Sohail was the middle man of a Swedish child abuser who said he could provide Romanian children for abuse.

Italian police alerted British police, who launched an investigation into him in Britain.

More than 2,000 immoral images and videos were found in Sohail’s apartment, including pictures of very young children and abused children.

According to police officials, the British government handed over Sohail Ayaz to the Italian government in July 2009.

Local police said that Sohail has also been involved in child abuse cases in Italy and the accused was deported from Italy for the same crime.