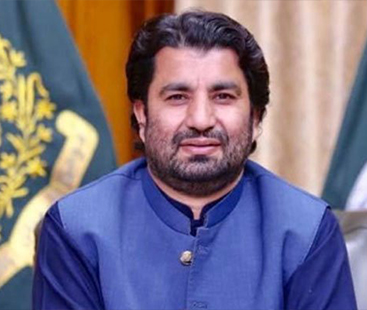 Qasim Suri challenged his disqualification for alleged irregularities in the election process through a petition in an apex court, and a decision in this regard was made early on Monday.

The case was heard by a three-member bench headed by Justice Umar Ata Bandial, and comprised of Justice Faisal Arab and Justice Ijaz-ul-Ahsan.

The counsel of Qasim Suri, Advocate Naeem Bukhari, had filed a petition in the SC, pleading to the court that it overrule the decision of the election tribunal that had disqualified Suri.

In the petition, the Pakistan Tehreek-e-Insaf leader stated that irregularities in the electoral process could not be attributed to the candidate, and instead rested with the authorities.

When the SC took up the matter today, Bukhari argued that Suri bagged 25973 votes while his rival, Nawabzada Lashkari Raisani, could only get 20089 votes.

After analyzing the conflict of both parties, the court suspended the order. Qasim Suri’s membership is restored until the issue is resolved by the law.