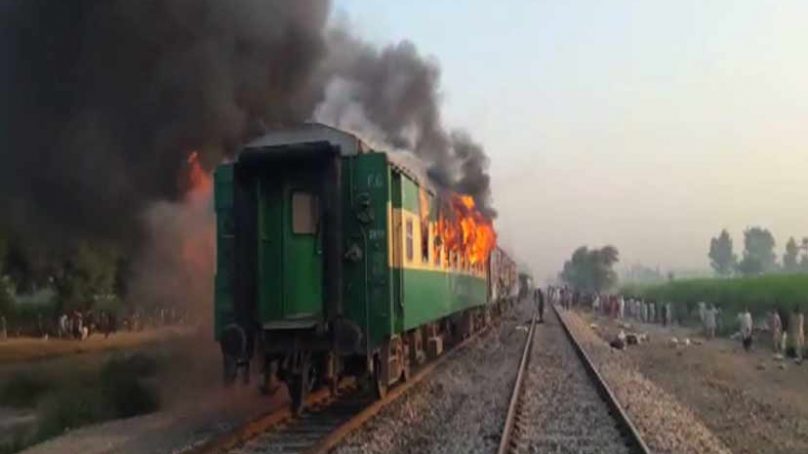 People who lost their lives in the Tezgam Express incident, the identification process of 42 of them have been done. The railway officials have received their DNA reports on Wednesday.

According to Aijaz Ahmad Buriro-Railways Chief Executive Officer (CEO), dead bodies will be handed over to the families of the victims today.

He added that staff has been appointed for this task whereas, DNA reports of 17 more victims will be prepared shortly.

On Thursday, Tezgam Express caught fire due to an explosion in gas canisters where 75 passengers lost their lives and over 40 sustained critical burn wounds. Three carriages of a Tezgam Express were burnt in this incident.