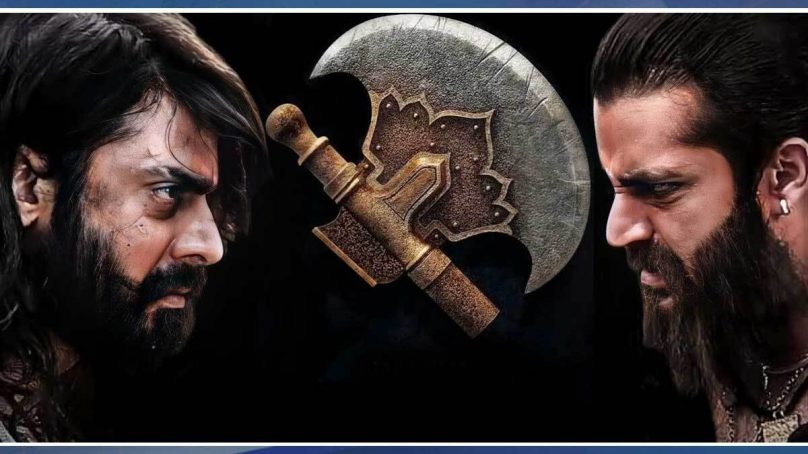 The Legend just got larger

Let us be honest with ourselves. When it comes to cinematic pieces, we have a different criteria and expectation for the west and this part of the world. When I say this part, I also include the now-struggling Bollywood along with the revival of Pakistani cinema. Putting other matters aside, we want our films to be believable while accepting every hanky panky coming from the gora sahibs.

Honestly speaking, Bilal Lashari’s much awaited and overdue masterpiece The Legend of Maula Jatt is not out there to fulfill any social responsibility. It is not factually, historically or geographically correct just because it doesn’t need to be. It differs from the original Maula Jatt (1979) too because it is a far more advanced representation of cinematic art.

So if anyone is planning to walk in the theater expecting a goody-two-shoes movie ending with a happily-ever-after, it is not his cup of tea. I am warning you in advance that the film has bloody violence and gore which is not suitable for the faint-hearted or children below the age of 13.

It might get criticism for some sensuality and suggestive dialogue too but that’s what we digest every day in the name of American slapstick. So go out there to enjoy yourself, throwing logic out of the window, just like you do in the case of Hollywood flicks.

The story of TLoMJ is slightly different from the original film. The characters are more or less the same but there are more deaths shown this time while almost everyone lived in the previous version. The original writer Nasir Adeeb has penned down this remake as well but director Bilal Lashari appears as the co-writer too. No wonder he would have been behind the changes in the story to make it darker and more savage.

It all hovers around mediaeval Punjab around the year 1700 or something. There is no mention of the British Raj or any other political connection. The castles, the wine bars, the prison all make an impression that people are speaking Punjabi in some ancient European setting.

It seems awkward in the beginning but then the entertainment makes us forget about this point. The story begins at a fort at Mithun Kot where the local ruler Sardar Jatt (Babar Ali) and his wife (Resham) get killed by Ninja like attackers from a savage warrior tribe Natt.

The purpose of this murder is not revealed till the end as the Natts never really take over Mithun Kot and there is no clarity about the history of their animosity with Sardar Jatt. However, the minor son of Sardar Jatt, Maula is rescued and handed over to a foster family.

Maula (Fawad Khan) grows up to be a prize fighter who fights inside Gladiator type arenas for money, with the help of his foster brother Mooda (Faris Shafi).  Their childhood friend Mukkho (Mahira Khan) is in an initially one sided romantic relationship with Maula.

Meanwhile the Natt clan’s leader Jeeva (Shafqat Cheema) calls out for a new leader and proposes the name of his older son Noori (Hamza Abbasi). Now Noori is in prison for some reason never explained in the movie, so his younger brother Maakha (Gohar Rasheed) shows interest in the seat. But his sister Daaro (Humaima Malik) speaks up against the ideas as Maakha is delinquent, irresponsible and women are his weakness.

He also abducts women fairly often to fulfil his desires. So Daaro not only announces his elder brother Noori to get the leadership but also threatens other Natt families to drop the idea of proposing their names for the position.

Maula often has nightmares of the murder of his parents, but he never shows aggression outside the fighting arena due to the pressure of his foster family. But when the extortions, killings and abductions by the Natt clan go overboard, Maula decides to fight against them.

He beats up Maakha and sends him back on a donkey, with a faced blacked with coal. More insults and events force Noori to come out of prison and teach Maula a lesson, as Noori is thought to be the most fierce and skilled fighter in entire Punjab. The future of both clans now depends on the show-down between Maula and Noori.

As said earlier, there is nothing soft in the treatment. The fights are bloody and not restricted to a few slo-mo shots that are often part of Pakistani movies. With his first venture Waar (2013), Lashari has shown that he takes action seriously. His brand of action is on a violent side but he makes his actors work for their money surely.

Hamza, Fawad and all the actors in the fight sequences have done a splendid job while Blam Pictures, the visual effects-specializing production company, deserves a standing ovation. However, no praise for action is complete without the mention of Humaima Malik who played the sword-swinging female leader of the Natt clan and did her best.

In fact, Humaima as the vamp comfortably outshined the female lead Mahira with no fault of the latter as the role never asked her to do more than running after Maula. Fawad as Maula has redefined himself as an actor after TVC appearances and some forgettable cameos. He is oblivious to Punjabi language but it never shows.

Ali Azmat as the arena manager is not recognizable but Faris has done well as Mooda. Shafqat Cheema and Nayyar Ejaz are typecast in villainous roles but the man who steals the show is no doubt Hamza as Noori Natt. His mere presence on screen is so powerful and dramatic that the audience just waits for him to appear.

The trademark of Yunus Malik’s original Maula Jatt were the catchphrases of both Maula and Noori. Here they are used sparingly like Noori’s nava aya hai sohniya (you seem to be a new comer lad) and Maula’s Maulay noo Maula nahi maaray te maula nahi marr sakda (Maula cannot die until God decides to take his life).

All in all, TLoMJ is a superb cinematic experience that has to be seen regardless of logic, social responsibilities and national problems. Just like your GoTs, your Lords of the Rings and your multiverse madness of Marvel movies, leave your brain home and enjoy.

TLoMJ should be an adult-only movie but it hasn’t been certified that way. So keep your children away if possible. It is tough to say that a remake can better an original but trust me, this film has.