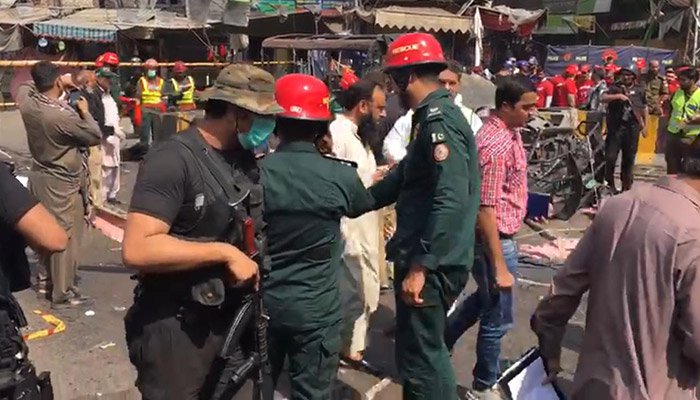 At least three people died and scores were injured in a blast outside the Data Darbar shrine in Lahore on Wednesday morning, authorities said.

At least three dead bodies were brought in to Mayo Hospital while 18 others are being treated for injuries, hospital sources told Geo News.

All three of the martyred were police officials. Four of the injured are in critical condition, the sources added.

–This is a developing story. More details will be added when they are available.