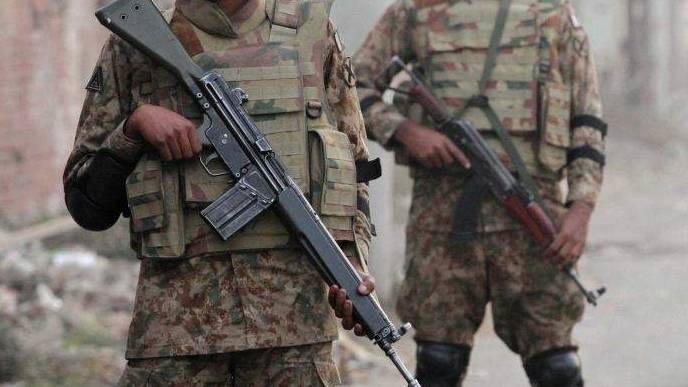 Eight others including an officer injured when attacked in Panjgur.

Three Pakistan Army soldiers embraced martyrdom, and on Tuesday eight others including an officer were injured in an ambush on their convoy near Gichak Valley in the Panjgur district of Balochistan, the military said.

“Five injured are critical,” said the Inter-Services Public Relations, adding that the injured have been evacuated to Combine Military Hospital (CMH), Quetta.

The attack came two days after the martyrdom of four soldiers in the North Waziristan district of Khyber-Pakhtunkhwa during an Intelligence-based operation (IBO).

During the operation that took place in Vezhda Sar, some eight kms south-west of Miranshah, all four terrorists were shot down by the security forces according to ISPR.