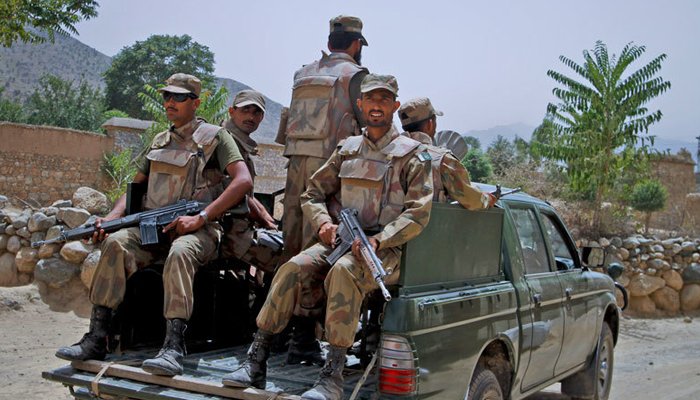 According to the Inter-Services Public Relations (ISPR), security forces have gunned down three terrorists in North Waziristan’s Mir Ali in an intelligence-based operation.

The military’s media wing said that security forces carried out a crackdown at the sanctuary of the suspected terrorists in Mir Ali.

The ISPR said that three terrorists were shot down during a powerful exchange of fire, adding that they were associated with the Aleem Khan group.

The terrorists, the ISPR added, were involved in attacks over security forces, targeted killings and kidnappings for ransom.

Peace can only be guaranteed through highest standard of preparedness: COAS