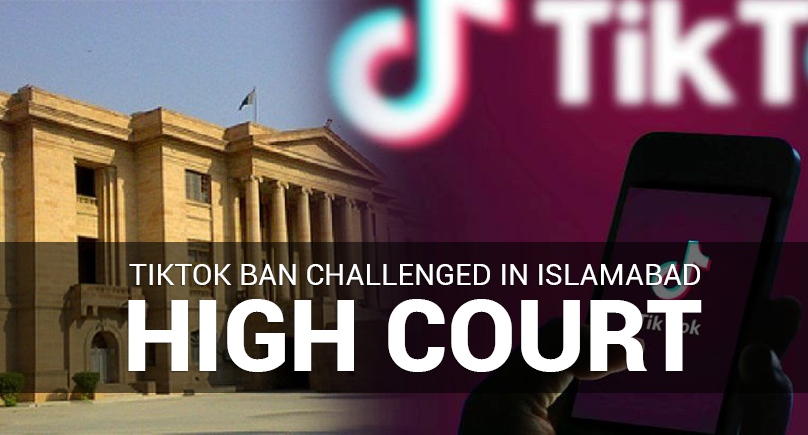 A formal petition was filed on Wednesday in the Islamabad High Court (IHC) to challenge the temporary ban imposed on the popular video-sharing platform TikTok by the Pakistan Telecommunication Authority (PTA) over “its failure to remove immoral content.”

Chief Justice Athar Minallah is scheduled to hear the petition submitted on Thursday by Advocate Usama Khawar on behalf of Muhammad Ashfaq Jutt, a sportsman and athlete based in Lahore.

Over the past 26 years, the petitioner has been associated to Mixed Martial Arts and runs a private training club and is using the popular video-sharing app as a platform to advertise his abilities and earn a living club.

Ashfaq, in his petition, said that after using the platform, his income increased tenfold. His company was, however, severely affected due to the unlawful arbitrary PTA ban.

The petition states that the action taken by PTA to ban the app via a press release violated the mandatory provision to announce a formal and speaking order when exercising its authority under Section 37(1) of the Act.

Concerned regarding the ban on constitutional grounds, the petitioner urged the court to declare the ban against the basic rights of citizens granted by the constitution, including the right to access to information and freedom to expression, the right to life and economic freedom, the right to be heard, and the principles of natural justice.

Advocate Usama Khawar has urged the court to suspend the “arbitrary and unexplained” ban on the application by naming the federal government, the Ministry of Information Technology and Telecommunication and PTA as respondents.

Meanwhile, Human Rights Commission of Pakistan (HRCP) has also expressed its concern that the authorities want to use the regulations to control the “freedom of expression and opinion in the guise of protecting “religious, cultural, ethnic, and national security sensitivities”.

In similar matters concerning capricious practise adopted by the PTA, experts have voiced their concerns. It has severe consequences for the technological industry and the digital economy associated with it.