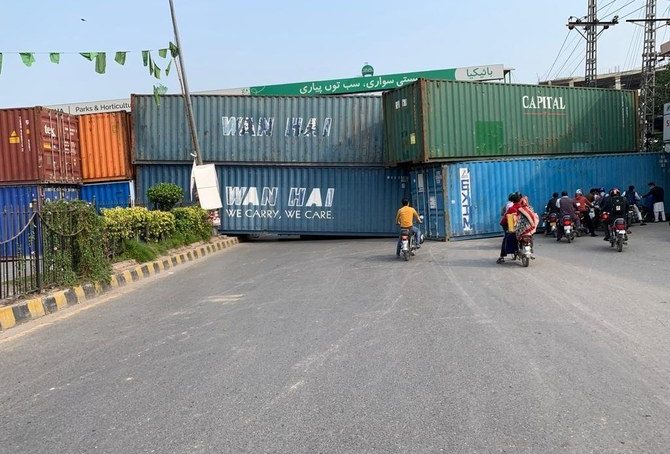 Islamabad police have blocked roads with containers and metro bus services suspended due to the long march by Tehreek-i-Labbaik Pakistan (TLP). TLP leader, Pir Ajmal Qadri, announced a long march in Islamabad and clarified that it would be a peaceful procession that would start after Friday prayers. He assured that in case of any hurdles, the party already has plan B to divert the crowd at the protest.

TLP leader, Saad Hussain Rizvi, explained that the motive of this move was to respect the Holy Prophet (PBUH). He asked his followers to continue the mission of his father and the founder of the party, late Khadim Hussain Rizvi.