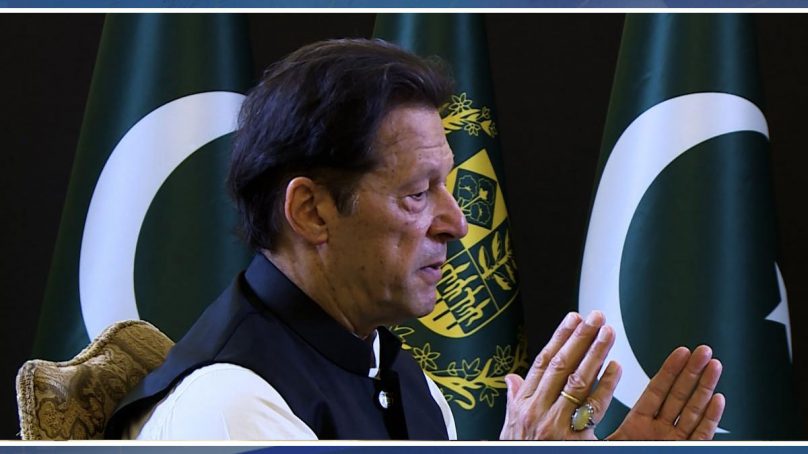 Prime Minister Imran Khan convened a meeting of the National Security Committee (NSC) due to the ongoing protests by Tehreek-i-Labbaik Pakistan (TLP). Minister for Information and Broadcasting Fawad Chaudhry confirmed the news as he tweeted that PM Khan will be discussing the matter of illegal activities by the proscribed organization in the meeting. Chaudhry’s tweet came out when the long march of TLP protestors left Kamoke and started approaching Gujranwala.

In his tweet, the information minister also stated that during the meeting other concerns that are related to national security will also be considered.

The banned group staged sit-ins in Multan and Lahore and later they marched to the capital. The security officials have tried to prevent the protest by blocking roads with the container to keep the demonstrators from reaching Islamabad. They have been staging sit-ins on GT Road for the last week that caused a major disturbance in the transport services.

The activists of TLP marching towards the capital have set up a cam on the Kamoke portion of the GT Road and now they are planning to move ahead in their march due to which business centres surrounding GT Road are closed and so are shops and restaurants on the highway.

It’s being suspected that if the situation is not handled wisely, the protest could snowball into a serious law and order crisis. What’s your take?