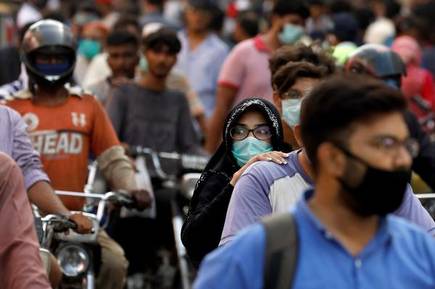 It is too early for the country to claim victory in its attempts against the coronavirus pandemic, Sindh Chief Minister Syed Murad Ali Shah cautioned on Sunday as he urged people to get tested for the contagious disease.

Talking to the media, he said it was not in full control while the government had managed to contain the pandemic to some extent. The talk came as 1,713 new infections and 48 deaths announced by the Sindh government over the past 24 hours, bringing the total cases in the province to 105,533 and death toll to 1,795.

Warning against complacency, the CM stressed the need to be careful over the next few months. “I fear that we think we are in control, but Eidul Azha and Muharram are coming up and people will gather, which may cause a spike in cases.”