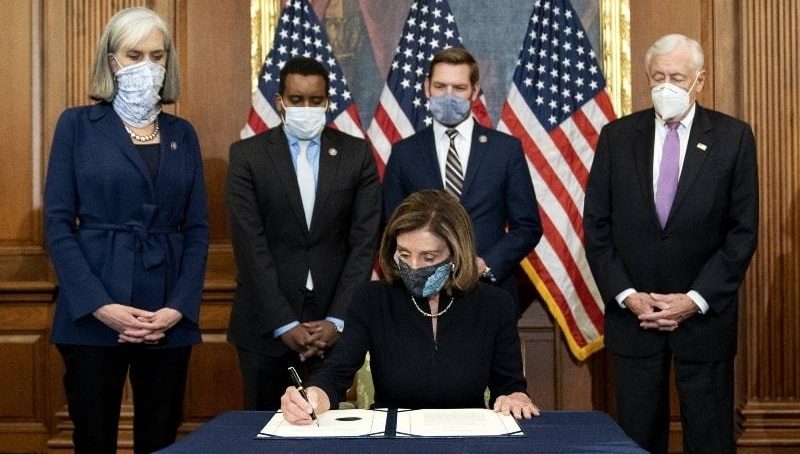 In an unprecedented development, a majority of the House of Representatives voted on Wednesday to make Donald Trump the first US president ever to be impeached twice, this time on charges of stirring a revolt in last week’s violent assault on the Capitol.

The vote in the Democratic-controlled House was 232-197 after the fatal attack on American democracy, although it seemed unlikely the swift impeachment would lead to Trump’s removal before his four-year term ends and Democratic President-elect Joe Biden swears in on January 20.

“President Trump gravely endangered the security of the United States and its institutions of Government. He threatened the integrity of the democratic system, interfered with the peaceful transition of power, and imperiled a coequal branch of Government,” the impeachment resolution said.

“He thereby betrayed his trust as President, to the manifest injury of the people of the United States.”

“We know that the president of the United States incited this insurrection, this armed rebellion against our common country. He must go. He is a clear and present danger to the nation,” said House Speaker Nancy Pelosi while opening the debate.

“Since the presidential election in November, an election that the president lost, he has repeatedly lied about the outcome. Sowed self-serving doubts about democracy, and unconstitutionally sought to influence state officials to repeal reality,” she added.