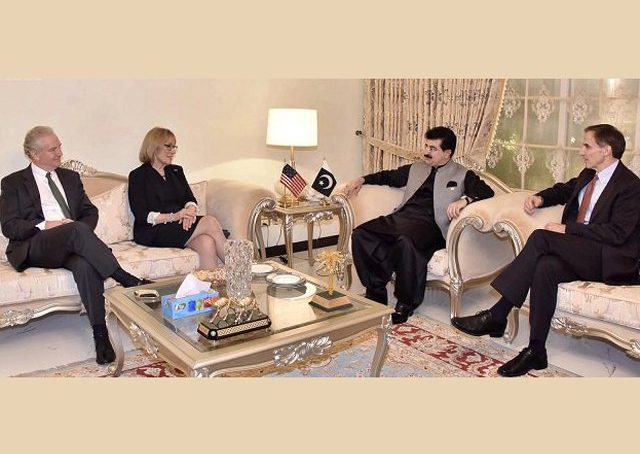 They were allowed to visit Muzaffarabad on Sunday by the Pakistani authorities in order to give them the first-hand account of the ground situation.

The visit occurred just days after Senator Hollen, who flew from New Delhi, was not granted permission by the Indian government to visit the Valley.

However, in Pakistan, both the senators were not only given unfettered access to Azad Kashmir, but also had a broad range of meetings. They met Prime Minister Imran Khan, Foreign Minister Shah Mehmood Qureshi, Army Chief General Qamar Javed Bajwa and also the leadership of AJK.

Hollen said: “That’s why I made the request. I think it’s really important that we get the facts. I’d hoped to visit Jammu and Kashmir (Indian Occupied Kashmir) in order to gather more facts and find out what was going on.”

“I have deep concern about the human rights situation in [occupied] Kashmir and while we would all like to find a way to address the underline issues in Kashmir, the immediate concern is the question of restoring full communications, release of political prisoners, detainees and indeed the curfew,” he stressed.

Both the Democrats were impressed with Pakistan’s candidness and transparency regarding the issue of Kashmir.