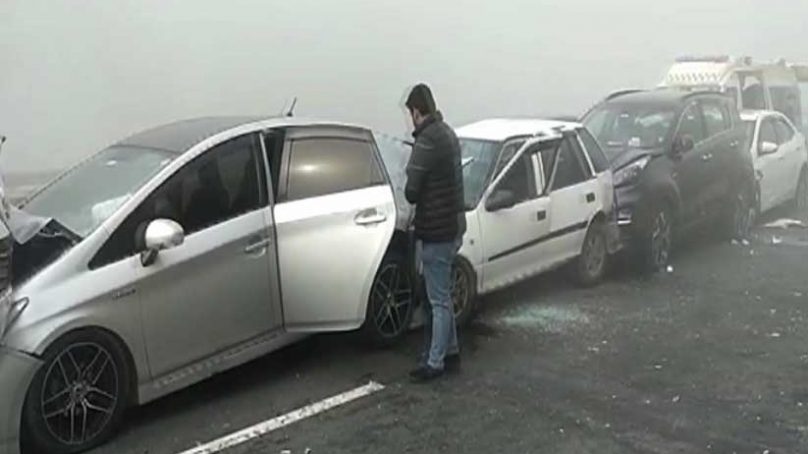 At least 20 people, including women and children, were hurt on Tuesday morning in a pile-up involving dozens of vehicles on the motorway near Sheikhupura interchange owing to poor visibility caused by fog.

The video clips showed numerous damaged vehicles and people standing helplessly around them amid thick fog. Rescue officials suggest at least 22 people got hurt in the accident, but there was no loss of life.

According to an official of the National Highways and Motorways Police (NH&MP), almost 30 vehicles, mostly cars, were involved in the collision near Sheikhupura en route to Lahore from Islamabad early on Tuesday.

The witnesses said many fast-moving cars hit the other vehicles several times, as the drivers could not find adequate time to halt or slow down.

The accident caused traffic jam in the area, besides creating an emergency situation.

The NH&MP officials blamed smoggy weather as the major reason for the accident.