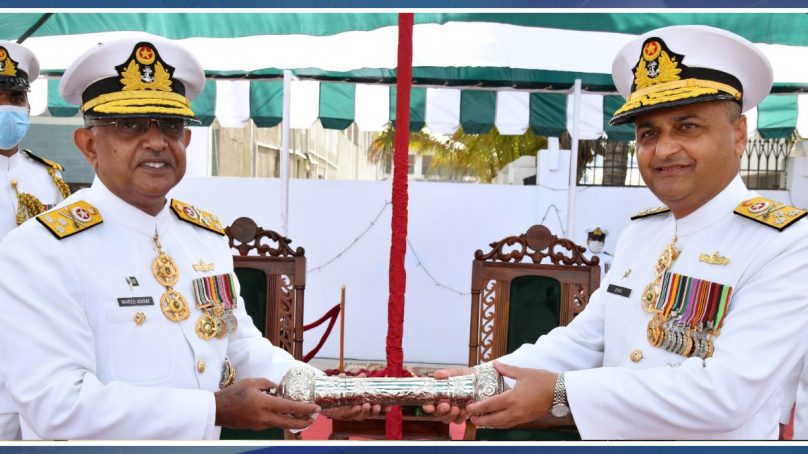 Vice Admiral Ovais Ahmed Bilgrami underwent initial naval training from Britannia Royal Naval College Dartmouth United Kingdom and won the coveted Sword of Honour. He was commissioned in the Operations Branch of the Pakistan Navy in 1989. The Admiral is a graduate of Pakistan Navy War College, Lahore and Naval Command & General Staff College, Philippines. He is also an alumnus of National Defence University, Islamabad and Royal College of Defence Studies United Kingdom.

The Admiral has an illustrious naval career having wide-ranging Command and Staff experience including Command of PNS KHAIBAR. His distinguished Staff appointments include Directing Staff at National Defence University, Director Naval Operations, Chief Staff Officer to Commander Pakistan Fleet, Assistant Chief of Naval Staff (Operational Plans), Deputy Chief of Naval Staff (Operations) and Principal Secretary to Chief of the Naval Staff at Naval Headquarters Islamabad. The Flag officer has performed duties as Additional Secretary at the Ministry of Defence. Prior to assuming the Command of Pakistan Fleet, the Admiral was performing duties as Commander Karachi. In recognition of his meritorious services, the Admiral was awarded Hilal-e-Imtiaz (Military) by the Government of Pakistan.

The Change of Command ceremony was attended by Pakistan Navy officers, CPOs/ Sailors and Navy Civilians.

PDM gears up for a protest against inflation in DG Khan

Zahir Jaffer kicked out of courtroom for misbehaving with the judge